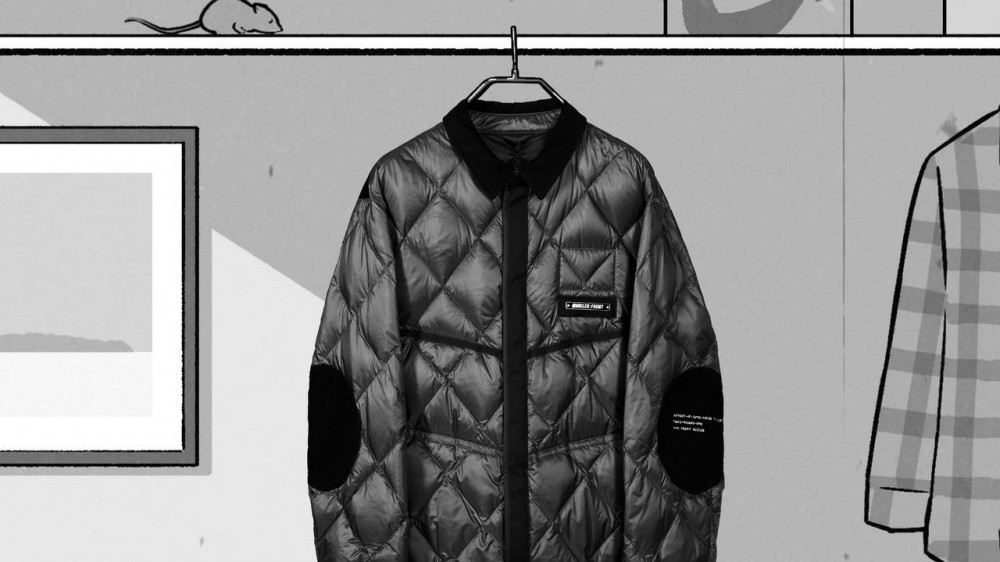 Hiroshi Fujiwara has got it totally sorted. As he explains down a Zoom in anticipation of the latest chapter of his Fragment (or FRGMT as it is increasingly termed) collab with Moncler as part of the Genius jamboree, his IP and creativity lives in the cloud—allowing him to live in serenity. He said: “I changed the way I work more than 10, or maybe even 20 years ago when I decided I would no longer make any Fragment in my office. I just wanted to work with somebody else. So I started with Undercover and Bathing Ape—and since then I haven’t been making the products from Fragment. Really, there’s no brand.”

Except, of course, that there is: Fujiwara’s O.G. status in the refinedly contemporary menswear arena—ok, then, streetwear—has attracted no end of collaborators keen to intersect with his intellect and enjoy a shard of that fragmented Fragment/FRGMT flex. Pokemon, Maserati, Nike, Levi’s, Beats By Dre, Louis Vuitton, Victorinox, Neighborhood, Anti Social Social Club… type FRGMT into Grailed and you’ll see more hot merch than many big ticket houses with enormous infrastructures. Fujiwara, meanwhile, is left free to roam, develop his Drudge Report of cool underground stuff—ringofcolour.com—and generally do what he wants.

What’s been so fitting about Fragment/FRGMT’s ongoing inclusion in the Moncler Genius project (he has been there since day one) is that in some ways Remo Ruffini’s piumino powerhouse has adopted Fujiwara’s ethos. Its multiple-drop mega-roster of rotating collaborators, a list whose membership is intermittently updated and refreshed, allows the house to navigate fashion less like the ponderous battleship its size suggests, and more like a fleet of fast and maneuverable destroyers: It can be anywhere, everywhere, almost all at once. Instead of one Creative or Artistic Director whose ‘vision’ it is hitched to and must indulge through thick and thin, Ruffini’s house is free to date anyone it fancies.

This Fujiwara sortie for Moncler was extra-meta thanks to collaborations within the collaboration: there was a biker by the Brit brand Lewis Leathers and a Converse Chuck 70 and Jack Purcell. As if to underscore his remote status the designer imprinted the home address of Moncler on Milan’s Via Stendhal (they have the best staff buffet), which contrasts with the flippable WOM (World of Moncler) graphic. Particularly the quilt-skirted silhouettes combined an Edwardian stateliness with an emergency responder’s functionality.

Asked if there was anything in particular he wanted to stress about the collection, Fujiwara said: “Honestly, I want to say thank you to Moncler. “I really wanted to do this as a monochrome collection, and a lot of other things, and they understood. So I would say thank you for the understanding. Sometimes companies are putting too much, you know, ‘you have to do this, you have to do that.’ But I think they really listened to me.”

If that felt a little like a fond adieu, both Fujiwara and the team on call declined to specify whether this collection was this Moncler flavored fragment of FRGMT’s final drop. If so, that would make it extra Grail-able—and if not there was much to enjoy here on its own merit. Expect FRGMT to pop-up somewhere else, sometime soon—and for the Moncler flotilla to continue its superior tactical deployment.