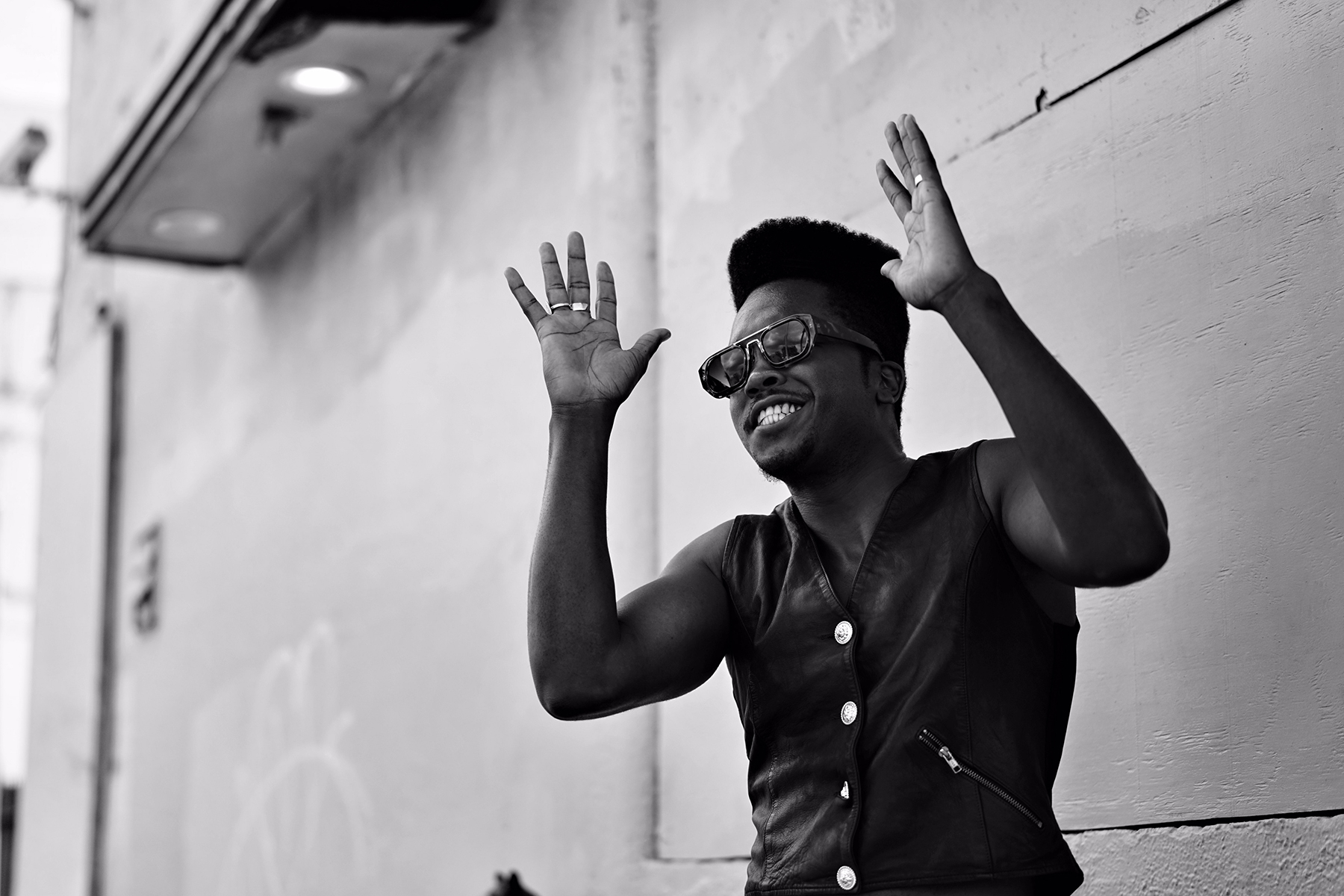 Even in casual conversation, Cimafunk can’t help making music. On a Zoom call in Spanish from New Orleans, the Afro-Cuban artist constantly erupts into melodies and impersonations, scatting and singing nearly every chance he gets. When he describes his live shows, he talks about his audience itching to dance: “You start to see them going ta-ta-ta!” he says, breaking into movement. He opens up about his recent collaboration with the rapper Lupe Fiasco, whom he praises for finding the groove in hip-hop “like a machine. He’s like, pikita-pikita-pa-pik!” He excitedly imitates the spontaneous ad-libs that George Clinton flung into their new song, “Funk Aspirin,” nailing the quake of the funk pioneer’s voice: “He threw in lines that were classic George, like, ‘What’s a booty and how will I know if I’m shaking it?’”

'The Whole Point Is To Create Chaos.' The Story Behind Miami's Anti-Communist Flotilla

This perpetual showmanship and natural ability to hear music in everything is Cimafunk’s signature. The artist, whose real name is Erik Iglesias Rodriguez, grew up in Pinar del Rio, the epicenter of tobacco production in western Cuba. He started singing in church when he was little, playing a “weird trumpet” someone gave him. As a teenager, he dabbled with reggaeton and the more traditional Cuban style of trova, but he found his rhythm after moving to Havana and diving into the rich funk scene there. He played in different bands before he began to perform as Cimafunk — a stage name taken from the word “cimarrones,” used to describe Africans who escaped enslavement in Cuba and created walled palenque communities to protect one another. “That’s always been the base of Afro-Cuban culture for me: People creating, people living, people growing together in community,” he says.

Cimafunk’s foray into music was a risk. He’d left his third year of med school to fully pursue an artistic career, but it paid off. His 2017 debut, Terapia, featured the hit “Me Voy,” which became ubiquitous in Cuba and led to tours that helped him spread his funk gospel across the world. On his new album, El Alimento, he goes one step further: Rather than simply showcase his brand of Afro-Cuban funk, he places it squarely in conversation with American funk, rap, and soul, drawing out a connection that’s always existed between Black art forms in the U.S. and the Caribbean. “It’s always been there,” Cimafunk says. “The music we’re dancing to here is influenced by Afro-Cuban music, and Afro-Cuban we’re listening to there is influenced by music from here. That was blended in way before us, by so many people — from Marvin Gaye to Michael to James Brown to Prince, everyone has this mix, deep in there, in the seams.”

Cimafunk credits much of the album to his partnership with the producer Jack Splash. When they teamed up, they instantly began sending each other music. Cimafunk shared tons of Afro-Cuban bands, including the Havana group Los Papines, who ended up on the LP. He was floored by everything Splash turned him onto — old-school hip-hop and tons of grooves from the 1970s and 1980s that “blew [his] mind.” “Do you know that song, ‘California knows how to party’?” he asks excitedly, singing the line from Ronnie Hudson and the Street People’s 1982 song “West Coast Poplock.” “I’d only heard the Dr. Dre and Tupac version, but Jack sent me the original and I went crazy. I was like, ‘Wow! This is too funky!’”

The exchanges resulted in an album charged with radical energy, bound to keep pulling listeners into Cimafunk’s magnetic orbit. Chucho Valdés and Lester Snell enhance the drama of the baroque ballad “Salvaje,” while the Colombian band ChocQuibTown and the Jamaican artist Stylo G join in over a tangle of electro-funk and percussion on “La Noche.” But what kicks everything off is the Clinton feature, “Funk Aspirin,” which Cimafunk talks about with incredulity.

“It’s so hard to talk about George. In terms of this music, he’s like the most important person in humanity,” he says. As high-profile as Clinton is, Cimafunk says that the two were completely relaxed around each other and chatted for hours about Clinton’s love of Afro-Cuban musicians like Chano Pozo. Cimafunk says it was just like sitting down with a friend. “It was like in Havana, when we’d buy a bottle of bad rum, the worst rum, and we’d go to the Malecón and talk about life, about silly things, about our dreams — except for this, we were drinking coconut water.” The shorthand the two had with each other played a role in the comfortable, deep bounce of the song.

The collaborations on El Alimento reflect a sense of community that touches everything Cimafunk does. His band is tight-knit, made up entirely of Cuban musicians, including drummer and musical director Raúl Zapata Surí, bassist Ibanez Hermida Marrero, pianist Arthur Luis Alvarez Torres, guitarist Diego Berrera, percussionist Mario Mesa, and minor percussionist Miguel E. Piquero Villavicencio. Trombonist Ilarivis García Despaigne and saxophonist Katerine Ferrer Llerena form an all-female horn section while also providing back-up vocals. “My band is made up of assassins,” Cimafunk raves as several members mill in the background of the video call. He sees himself as a part of a whole, naming everyone from his designer Haydée Fornaris to his personal assistant Sandra Galán as integral to his artistry. After our call, he sends a list of 20 names, among them photographers and production members, who helped shape his music in one way or another.

That team has helped Cimafunk crisscross the globe several times over the last few years, winning fans over with his electric stage presence—and becoming an ambassador not just of Cuban funk, but Cuban culture more broadly. (The Nation suggested in 2019 that amid Trump-era sanctions on Cuba, his music could build a “cultural bridge” that was “needed, urgent, and meaningful.”) The socio-political complexities of Cuba are never far: This summer, Cimafunk was in France when historic protests broke out throughout the island. He and his band watched from afar, full of emotion. “It was different than anything I’d ever felt before, because that had never happened before,” he says. “It was a lot of emotions at once. We were crying, and it was crazy because we weren’t there, but it was like an internal explosion in all of us. It was powerful.”

The touring and the traveling haven’t slowed down. This month, Cimafunk is headed back to Europe after a few remaining shows in the U.S. But even as his career is launching him in new directions, he constantly goes back to his roots through music. “I want to make hip-hop, I want to make rock, I want to make some freaky hits,” he says. “And the main thing I’m going to keep doing is bringing that Afro-Cuban essence to everything. I want everything to have that tika-tika-tah,” he says, and then stops to scat some more, just in case words weren’t enough.