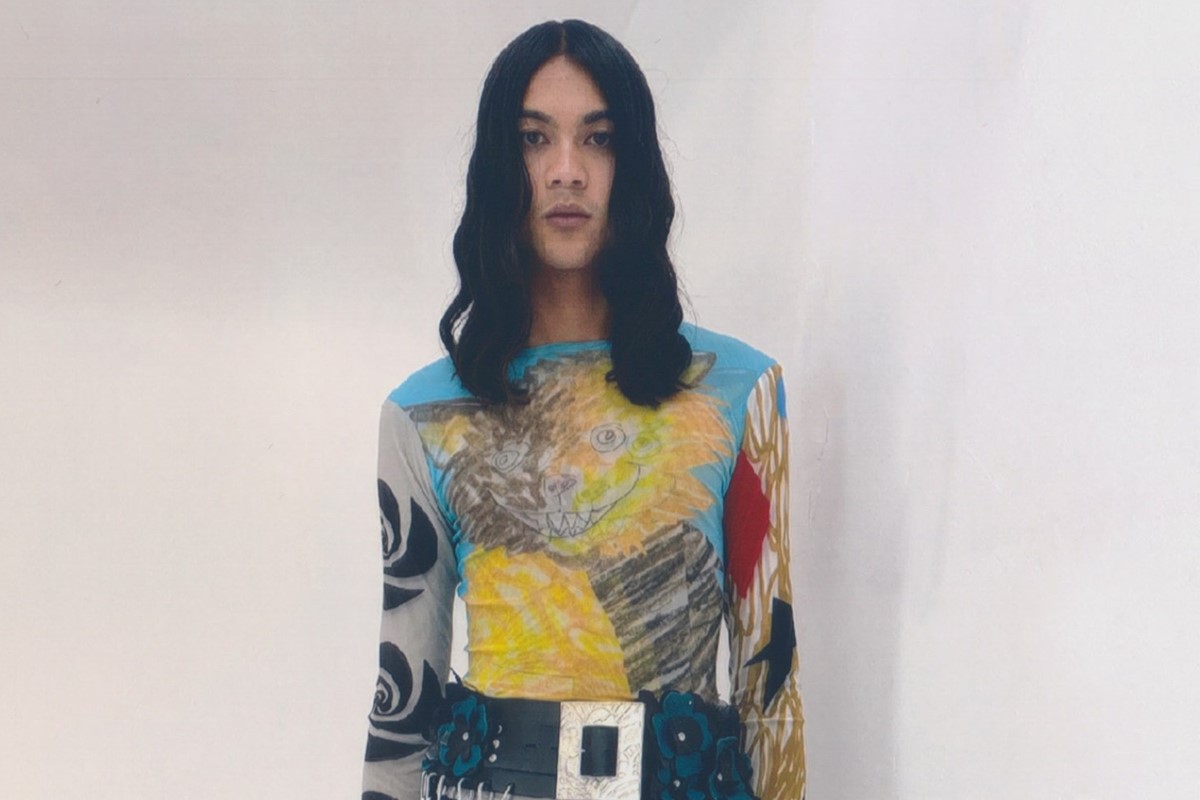 Towards the end of last year, Harry Styles became the first man to cover American Vogue, doing so in a bevy of frilled and fussy womenswear pieces. It may have been a periwinkle Gucci gown that hawked the popstar (all too eagerly, might we add) as the flagbearer of gender-neutral dressing, but a shin-length carabiner kilt by Chopova Lowena equally set pulses aflutter. And while its designers, Emma Chopova and Laura Lowena, have always taken a unisex approach to design, their SS22 offering, which debuted yesterday afternoon, marks the first time that the brand has formally pushed their collection into menswear.

Having been wooed by its hefty, pleated skirts, puff sleeve dresses, and bric-a-brac necklaces, the London-Bulgarian label has been on the radar of fashion’s more freaky-dressing girls, gays, and theys ever since it launched in 2018. This season offers more of those cult pieces, this time inspired by 19th century Bavarian wenches, surf culture, and skate bros, with signature clashes making an appearance across deadstock textiles, print, and plaid. Many items, however, have been cut along more traditional lines – shorter kilts, straighter trousers, and roomier t-shirts make an appearance – to accommodate a growing, perhaps risk averse, male audience. Though, playing it safe has never been on Chopova Lowena’s agenda.

Another first, the designers debuted their collection in a video shot in a Romford skatepark by Charlotte Wales, parodying old-school news segments and campy salon shows. The duo’s inaugural swimwear line struts alongside mesh t-shirts (hand drawn with smiley faces and happy suns), medieval-looking pleated dresses, and Hot Topic mini-skirts, presumably cut from bits of old duvet and table cloth. As models bundle over ramps and prance about a nearby shed, Chopova Lowena encourages viewers to “embrace the frill and the frivolous” – via barbaric gowns, eccentric accessories, and yards of hysterical granny prints.

Watch the SS22 video below and click through the gallery above to get a closer look at the collection.