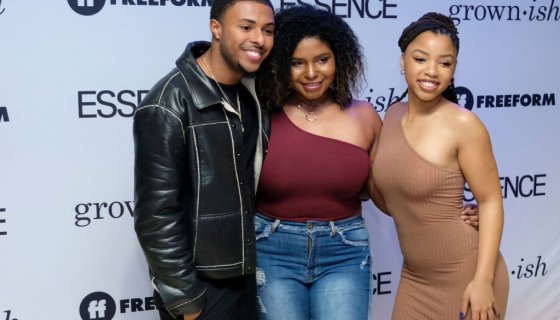 In the early hours of Friday (Jun 12) released their fourth studio album showcasing a new and mature sound.

Over the last two years, we have seen the multi-talented twins exude tremendous growth. From establishing themselves as precociously capable all-rounders to receiving Grammy nods for their 2018 debut The Kids Are Alright and becoming regulars on teen sitcom , Chloe x Halle have definitely proven they are a force to be reckoned with and one of the many things that they have highlighted as a part of their reckoning of becoming adults was personal growth.

During an interview with Teen Vogue, the duo discussed why they chose to make this album so personal, while also giving fans a glimpse of their professional journey over the last few years.

“For Ungodly Hour we were so excited to just flip the narrative of being the perfect angel and show the other side[s] of us,” Halle said. “The dark side, the naughty side, the things that happen that you don’t see behind the scenes.”

According to fans one song, in particular, had a lot of the “behind the scenes” secrets and the internet did not know how to react. On the duo’s song, “Busy Boy” Halle details a relationship gone wrong while divulging her seemingly response to an ex cheating but still trying to stick around.

“It’s four o’clock/You sendin’ me too many pictures of your… (Oh)/Baby, are you drunk?/Or did you mean to send it to another girl? (Another girl)”

But it was the next line that sent college-bound Twitter in a frenzy.

“And by the way/I think I just stumbled on your girlfriend’s page (Oh, no)/Congratulations/She sayin’ that the baby comin’ any day”

I come on twitter at 3am to y’all dragging Diggy bc apparently he cheated on Chloe bc they apparently dated and got a white girl pregnant and y’all got all of that from a few lyrics from Chloe x Halle’s album…MAM pic.twitter.com/uxPelFReNq

Although many of us missed the tea that the two Grown-ish co-stars and Chloe were dating in real life, a few fans caught the news when the two sisters were on Instagram live last year and Halle dropped the truth bomb accidentally on live.

time to bring this back 💀💀💀 when halle spilt the tea about chloe and diggy dating pic.twitter.com/18aiT9Lqhl

Although the love story seems plausible, neither Diggy nor Chloe have confirmed a relationship or breakup, so the tea at this time is pure speculation; however, that did not stop Black Twitter from having a field day with jokes.

The way diggy getting dragged and we not even 100% sure. pic.twitter.com/8FGlWiSfY3

Check out a few of the funniest reactions below.

When Diggy wakes up and sees why he's trending pic.twitter.com/X7os9hUxLi

This diggy mess reminding me of the night lemonade dropped pic.twitter.com/GCCWWYdNGP

Chloe when she get that phone call from diggy after he listens to the album #UngodlyHour pic.twitter.com/mia79djqn5

trevor and diggy ?? umm….zendaya and chloe…where that joint album cause WE WANT THE MF TEA !! pic.twitter.com/VEJNB2w2vX

Wait a minute “no drama, no baby mamas keepin it cute”…so that was a diss to Dig-🤭😂🤣😭 #doit #Diggy pic.twitter.com/yABPyyQS92

the real nigga that played Chloe laughing seeing Diggy get dragged for nothing pic.twitter.com/DhklXXpOvK

“you’re sending me too many pictures of your 🤭”
“congratulations, she saying that the baby coming any day”
… diggy, sis—#UngodlyHour pic.twitter.com/Hg1OwXm13q