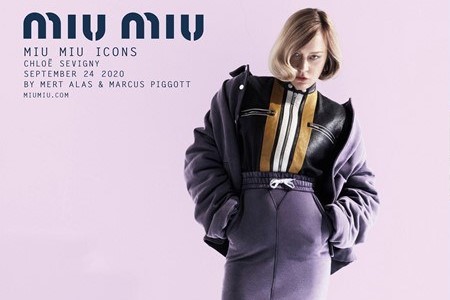 …and more fashion news you missed this week

As if Marc Jacobs’ Kylie Minogue-featuring campaign wasn’t enough for one week, Miuccia just dropped her latest series for Miu Miu, and tbh, it’s just as iconic. Featuring bona fide legends (and longtime Miu Miu muses) Chloë Sevigny and the one and only Kim Basinger, joining them are a number of new faces, including actors Storm Reid, Raffey Cassidy, and Emma Corrin. With the campaign itself centred around the idea of the ‘icon’, seemingly, the casting director truly got the memo.

In further fashion-focused news this week, the bell tolled for London Fashion Week Men’s edition, as it was announced the biannual event was off the agenda for January, while Cardi B called out the trolls turning their noses up at the idea of hip hop stars carrying an Hermès Birkin (jealousy is a disease bitch – get well soon). Elsewhere, Craig Green turned out a beautiful new campaign, The Beirut Re-Store dropped a bunch of designer collabs, with all proceeds going directly to aid in rebuilding the country, and the likes of Christopher Kane, Gareth Pugh, and Eden Loweth from Art School filled us in on their fave horror movies.

Click through the gallery for the best of the rest and check out more from Dazed Fashion here.