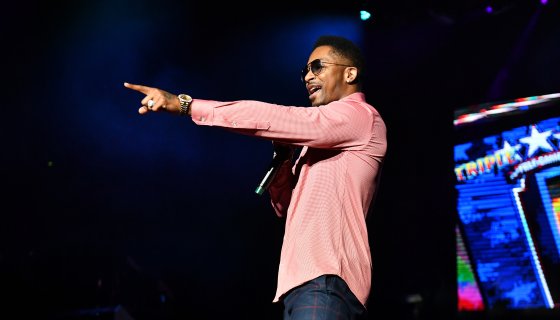 Ever partied too hard and you don’t really remember the evening prior? can relate and then some.

A mystery has finally has some proper closure. As spotted on Madam Noire the St. Louis performer has done the homework on a rumor that has been following his career for a couple of months now. In 2019 Tiffany Haddish proved once again that she has very little chill left in her system. During an appearance on Ellen the comedian alleged that during her younger years that she had gave it up to “One Call Away” rapper. “I talked about one, but was it really dating or did we just hook up?” she rhetorically asked. “Chingy. It was a hookup. That was the early 00s y’all, I don’t even know if that counts anymore.”

While the thought of bedding the actress would be considered a notch under his belt Jackpot Bailey denied the claims his Instagram account. “Now @tiffanyhaddish knows damn well that’s a lie an since she lied I’m a tell the truth she use to hook up with my brother not me but she liked me,” he wrote. “Hey if we gone be honest let’s be honest 😎 #chingy #facts #juslikethat”.

Well it seems got his memory jogged by his wing man. In a recent interview with Mike Hill for Fox Soul he admitted that he and Tiff did have a night together. “Ima keep it all the way authentic. But look so now I got to tell you what happened. I actually didn’t remember. I still don’t remember it to this day” he admitted. “So I had to call my brother who I know, know everything. And so I asked him—because back then I used to drink and sh*t and I was like a bowling ball, I was knocking ‘em down. I’m talking about knocking em down.”

He went on to detail how he got the confirmation. “So I call him and I’m like, ‘Ay man, did that happen?!” He said, ‘Yeah that happened, I was with her friend. You had her. One night everybody was f*cked up. We was in my room, then you and her went to your room then woop de woop. So it is what it is. It happened.”

You can view the video admission below.