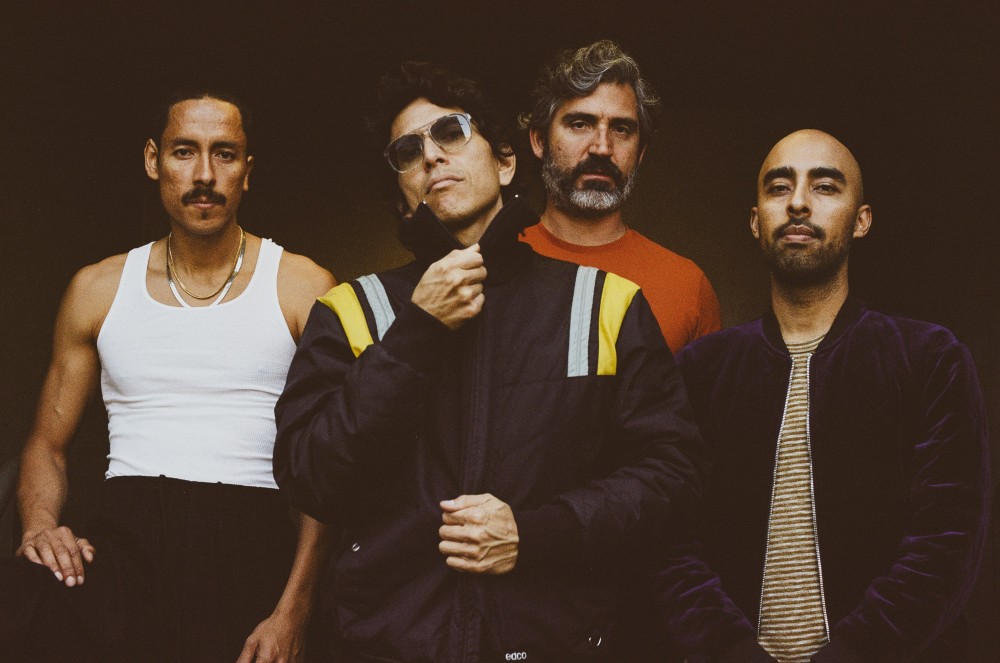 With the power of their retro-tinged resistance funk, Los Angeles soul band Chicano Batman have carved a niche for themselves in the Latin indie-verse.

On Tuesday morning, the bilingual four-piece announced their upcoming album, Invisible People, due out May 1st on ATO Records.

“The goal was to make the best record we’ve never heard,” the band writes to Rolling Stone. “For the first time, we completely disregarded the ‘Can we play this live?’ challenge, shot for the sky with blatant ignorance of genre, and approached with a process that was much more varied.”

The gauzy, tropical psychedelia of lead single “Color My Life” makes for a sublime opening statement: the George Mays-directed video matches their carefree groove with idyllic scenes from the Pacific Coast.

The follow-up to their 2017 album Freedom Is Free, Invisible People is a tropicalia-infused thesis on a utopian world where factors like race, gender and class do not preclude the potential for human connection and solidarity. The band worked with Sharon Jones and the Dap-Kings’ trusted producer Leon Michels, as well as Shawn Everett, the Grammy-winning engineer behind records by the Alabama Shakes, War on Drugs and Kacey Musgraves.

“On Invisible People, timeless rides shotgun and throwback settles for the backseat,” the band continues. “Composition, sonic texture, instrumentation, songwriting, vocal performance, attitude and spirit all met and evolved together, carving a path of innovation for the band as we evolve forth into 2020.”

Chicano Batman will kick off their headlining North American tour April 8th in Santa Fe, New Mexico; spanning the U.S., Canada and Mexico, the tour will include appearances at this year’s Coachella Festival.