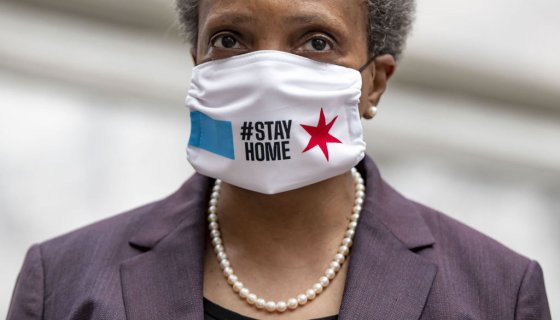 Tensions are higher and even higher when it comes to the political climate. One official made it clear she is not the one.

One of the most polarizing White House officials got put in her place for talking slick. On Thursday, July 16 Press Secretary Kayleigh McEnany addressed the eyesore that is the problem in Chicago. When discussing the issue she took a very clear shot at Mayor Lori Lightfoot calling her the “the derelict of Chicago”.

Additionally, she inferred that she was too incompetent to decelerate the murder rate.

In Chicago, our values don't include sending families into an endless cycle of debt because they miss a payment. Our new Utility Billing Relief Program will give families trying to make ends meet assistance on their water and sewer bills. Learn more at chicago.gov/ubr. 📸 @heidizeigerphotography

Brian Bennett, Senior White House Correspondent for Time Magazine reported on the jab Twitter. This apparently got back to the former lawyer prompting her to respond to the shade.

The original comment was in response to a question about President Donald Trump’s focus on COVID-19 and she implied he is focused on a lot. “But there are other things the President has to focus on: namely, Democrat cities not controlling their streets; namely, the mayor of Chicago—people dying in her—in her—on the streets of her city every weekend. And the President sent her a letter saying, ‘You must secure your city.’”

I said what I said.