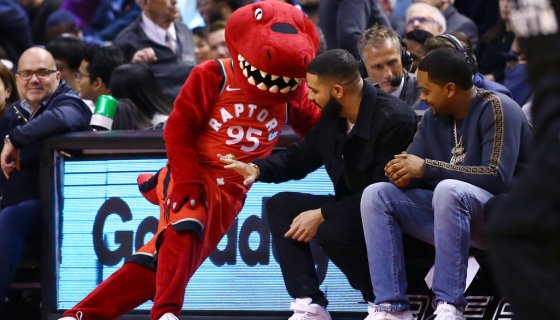 It seems all the speculation regarding footwear allegiance can be put to rest. made an appearance at a key function that makes it clear he is still with the goddess of victory.

On Wednesday, February 5 Nike unveiled their new 2020 Tokyo Olympics inspired collection. As spotted on High Snobiety Nike hosted an event where the sportswear giant invited some of their most high profile collaborators. In the house was Yoon Anh, Virgil Abloh, Travis Scott, and Matthew Williams. Also in attendance was none other than Drake.

The “God’s Plan” rapper was rumored to be signing with adidas a couple of years ago but it all reportedly went downhill when he and Pusha T, who also has a deal with adidas, started feuding in 2018. This move took many sneaker insiders and fans alike as he famously worked with Nike for several years with October’s Very Own branded Air Jordan releases.

But now it seems that the dust has settled as he and the other influencers in attendance took a group photo as Team Swoosh.

Even though his relationship with Kanye West appears to be in need of some TLC he is still very much cordial with Virgil Abloh. The two also flicked it up together for Instagram in matching camouflage jackets which are presume to be Nike pieces.