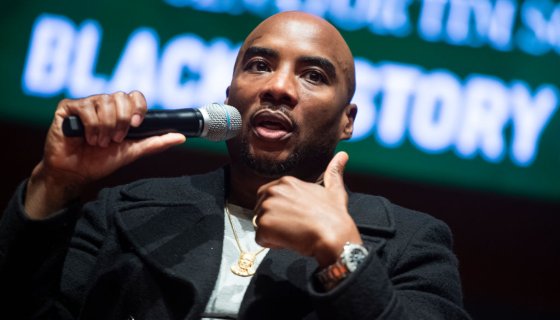 is going to be a little busier. The host of The Breakfast Club will also be holding down a weekly talk show on Comedy Central.

Vulture reports that the man born Lenard McKelvey will be hosting a new weekly half-hour series that will focus on “current events and cultural issues.” Details are still being sorted and at the moment there is no solid date as to when it will premiere.

However, the goal is to get the series into production by November’s Presidential election. The series reunites Charlamagne with producer  Chris McCarthy, president of the Entertainment and Youth Group at Comedy Central parent company ViacomCBS, who put Tha God on MTV2, which included stints hosting Charlamagne & Friends and Uncommon Sense. Bringing Charlamagne back into the fold is part of an attempt to “reinvent” Comedy Central.

No stranger to controversy, Charlamagne recently drew ire, and support, when Joe Biden visited The Breakfast Club and the presumed Democratic candidate for President said .

Speaking to Vulture, Charlamagne didn’t get into specifics about the show, but you can tell its potential direction who he’s checking for on TV. “I love John Oliver every week, I love Bill Maher every week,” he told Vulture. “There’s something to be said about sitting back and being able to observe everything that happened in a week, and then come in say, ‘You know what? This is what I want to touch on.”

The show will feature guests and interviews. Known for cutting through niceties during sit-downs (some would call it trolling), expect more of the same from TV Charlamagne.

“I’m in the business of asking the tough questions, and getting actual statements on how I see the world. And you can choose to agree or disagree. But a conversation will be started,” Charlamagne told Vulture.

Let us know whether or not you’ll be checking for the show in the comments.