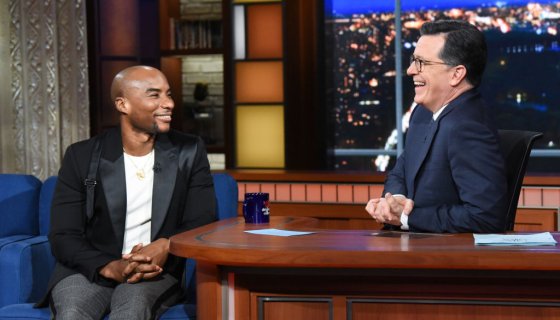 It might’ve taken a few days but Charlamagne Tha God has admitted what we all knew from the get: There wasn’t any point in .

Touching on the subject during his appearance on the Late Show With Stephen Colbert, the Breakfast Club co-host acknowledged that the universally panned crossover of shows was indeed a dud as Rush did what most right-wing Trumpians do when talking about systemic racism: deny, deny, deny.

After Stephen revealed he was “surprised” that Charlamagne would give airtime to such a racially divisive figure in America, Tha God explained that he doesn’t have a problem “talking to people from the other side” of the political spectrum, but that ultimately his interview with Rush was a “waste of time” as Limbaugh played stupid when talking about white privilege.

“I just have to feel like that’s really your truth,” Tha God said. “I don’t know if I got that from Rush. It felt more like a performance.”

Of course it was!

Charlamagne knew he got played when after the interview Rush went back to his own show and “so eloquently” explained what white supremacy was to one of his callers.” Rush broke it down like he knew exactly what it was and I was like ‘So why were you playing clueless when we was having the conversation?’”

Because that’s how they do! That’s why people don’t want manipulators and forked tongued heathens like him and getting any kind of airtime outside of their Alt-Right bubble. They’ll never be honest about the reality we’ve all come to know and live in on a daily basis.

Still we can’t blame The Breakfast Club for the interview even having taken place as Charlamagne revealed that both parties work for iHeart Radio and it was the powers that be that suggested the crossover event that upset many in the culture.

Check out the whole interview below and let us know your thoughts on the entire situation.