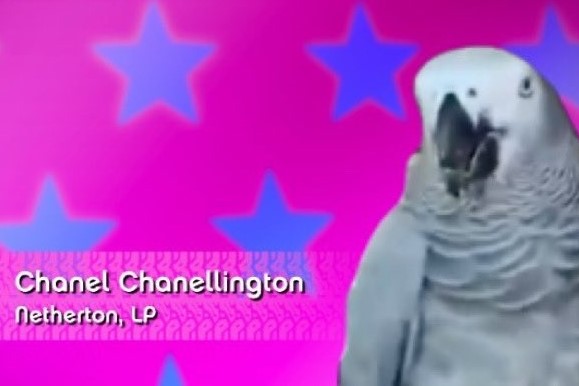 Prada gets into snow business, while Sunnei launches its own radio station

It’s estimated that the fashion industry loses $50 billion a year to counterfeit goods. Research led by social media analytics firm Ghost Data found more than 26,000 illicit accounts operating on Facebook in the period between June to October last year, while Instagram saw 20,000 profiles shilling bootleg brands. With social media a hive for these kinds of marketplaces and the fast fashion industry embroiled in a culture of copying, Chanel and Saint Laurent have joined forces to stamp out fakes. This week the maisons put down their weapons to publish a joint ad in the industry magazine WWD pledging their commitment to protecting the intellectual property of French luxury brands.

“French fashion and couture houses are essential elements of the heritage of France. Their creativity, savoir faire and their ability to inspire millions of people around the world contribute to the global influence of French industry. We must protect true creativity and ingenuity from parasitical companies whose business models depend on plagiarism and counterfeiting,” the advertisement read. In a further statement sent to the magazine, Chanel confirmed that it was not taking aim at any one company in particular, but the “business models that depend on plagiarism and counterfeiting”. “Both houses are aligned and, where appropriate, will support each other in defending creativity from parasitical business practises,” a representative added. It’s just a shame that Shein probably won’t give a Sheit.

In other fashion news this week, tributes to Virgil Abloh continued to come in thick and fast. The Brooklyn museum announced a posthumous show dedicated to the designer and Off-White revealed it would be opening Paris Fashion Week with a commemorative runway. Meanwhile, Sotheby’s raised $25 million from the sales of Abloh’s sneakers, funds from which will benefit his scholarship fund. Elsewhere, Bad Bunny got wet for Jacquemus and Craig Green made a long-awaited catwalk comeback. For everything else that may have passed you by, click through the gallery below.