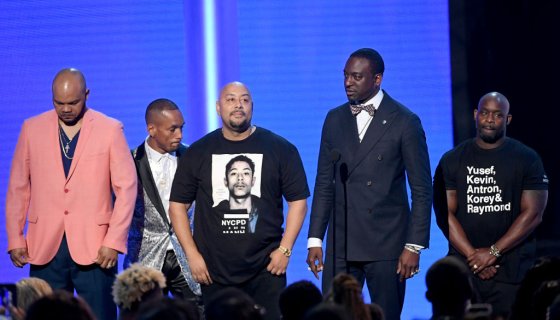 The saga of the so-called Central Park Five was brilliantly depicted in Ava DuVernay’s limited series When They See Us on Netflix, but a prosecutor that lead the office which worked on the explosive case is filing a lawsuit against the streamer.  stated in court documents that the limited series painted her as a villainous figure.

In a report from Page Six, the outlet has learned that Fairstein, 72, filed the lawsuit on Wednesday (March 18). From the court documents, Fairstein believes she was singled out in the series and called the portrayal “false and defamatory.”

“The film series was deliberately calculated to create one, clear and unmistakable villain to be targeted for hatred and vilification for what happened to The Five,” reads part of the wording from the court filing.

When They See Us shared the horrific ordeal suffered by Antron McCray, Kevin Richardson, Yusef Salaam, Raymond Santana, and Korey Wise in the wake of the 1989 rape trial of Central Park jogger, Trisha Meili. The teenagers were wrongfully convicted and imprisoned and had their convictions overturned in 2002 but not before suffering greatly both physically and emotionally.

At the time, Fairstein oversaw the Manhattan’s District Attorney’s Sex Crimes division. Fairstein was played by Felicity Huffman, who is currently enduring some real-life legal issues. The actual lead prosecutor was , who Fairstein did supervise.

In the series, Fairstein is shown as interrogating the teens and referring to them as thugs and in her filing suggested that DuVernay intended to paint her as the orchestrator of the Central Park Five’s legal tribulations.

Netflix has yet to publicly respond to the claim.