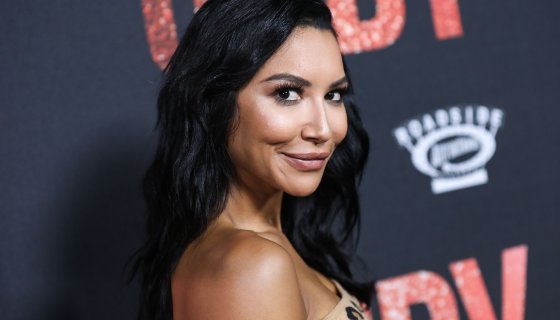 The untimely passing of actress shocked the entertainment world to its core.

On Monday (July 13), authorities recovered the body of a woman from Lake Pire that they identified as the 33-year old . After the devastating discovery, celebrities and fans took to social media to express their grief and share memories of the late actress.

Here is baby Naya Rivera playing Cindy in a 1993 episode of The Fresh Prince of Bel-Air. #RIPNayaRivera pic.twitter.com/AfzwKWF0xv

, last weekend the search was underway for the actress after her son was found floating alone on a pontoon boat at Lake Piru that Rivera had rented on Wednesday. The child told rescuers he and his mother had gone into the water to swim, but she did not get back on the boat. He told investigators he then looked back and saw her disappear under the surface of the water, Ventura County Sheriff Bill Ayub said.

“An adult size life vest was found on the boat. Several witnesses who were at the lake that day have been identified and interviewed by sheriffs and investigators,” Ayub added. “There were three other rental boats on the lake that day. All of the people in those boats have been identified and interviewed. They had seen Naya’s boat at different times and at several different locations while she was out on the lake.”

just the two of us

After a six-day search, the search party was concluded after ‘s body was found floating in the northeast area of the lake where the water is between 35 and 60 feet deep Monday.

“As you can imagine, it has been an extremely difficult time for her family throughout this ordeal, as fathers, mothers, sons, and daughters, our hearts are with them and we share in their grief for Naya’s loss. We have been in direct contact with the family throughout this entire time, and we’ve kept them updated on the progress of our search efforts throughout,” Ayub said.  “Our hearts also go out to Naya’s many friends and fans, who have been holding out hope for the best over the last few days.”

Check out a few of the heartfelt messages from celebs and fans below.

In the past couple of days, I've realized that Naya Rivera was a part of so many moments in black culture.

Rest beautifully, sweet angel ❤️ Naya Rivera portrayed one of the first characters on TV I felt connected to as a queer boy. Her fearlessness, wit & ferocity inspired me and gave me confidence to be myself, more than just a fan of the show. Praying for her family, friends & fans. pic.twitter.com/eWWlH9a7tQ

I hope my lovely niece @Meg_Doyle won’t mind my sharing her Insta post. This was @NayaRivera pic.twitter.com/kbdgZeakqT

i’m so deeply sorry, naya. i’m completely heartbroken so i can’t begin to imagine how her family and close friends must be feeling right now. my love and condolences go out to them and the rest of the glee cast. rest as beautifully as you lived, miss naya rivera #RIPNayaRivera pic.twitter.com/ekEIKkva5r

Just a beautiful reminder on how special #NayaRivera was and how much she loved Josey. I think we are all truly blessed to have witnessed her own magic. Such a special person who inspired so many. Remember to be kind to others. #RIPNayaRivera 🙏🏼💕 pic.twitter.com/s29XW1dfH2

I didn't know Naya personally. I'm just a fan of many. But I can tell how many lives she's touched. With her talent, kind heart and a smile that could bright up any room, she was special.
Sending all my love to her family and friends.
Rest in peace, sweet Naya❤🕊#NayaRivera pic.twitter.com/gbUOS7HwFV

A woman who gave her last breath to save her son. Rest peacefully. #NayaRivera 🕊🤍💔 pic.twitter.com/z4r3YdhHhD

“I love you. I miss you. I don’t have words right now, just lots of feelings.” pic.twitter.com/9T0lVdWzSJ

#NayaRivera & the Santana storyline on Glee freed many closed-minded, self-hating gays like me.

Only a multi-talented performer & force like Naya could bring a background character forward into the spotlight.

My heart goes to those who knew her best and loved her deepest.💔

One of the things I hugely admired about Naya Rivera is the distance between how the character of Santana on GLEE originally was written and what she became. I think that often, that's the result of talent that just cannot be denied, as I think it was here.