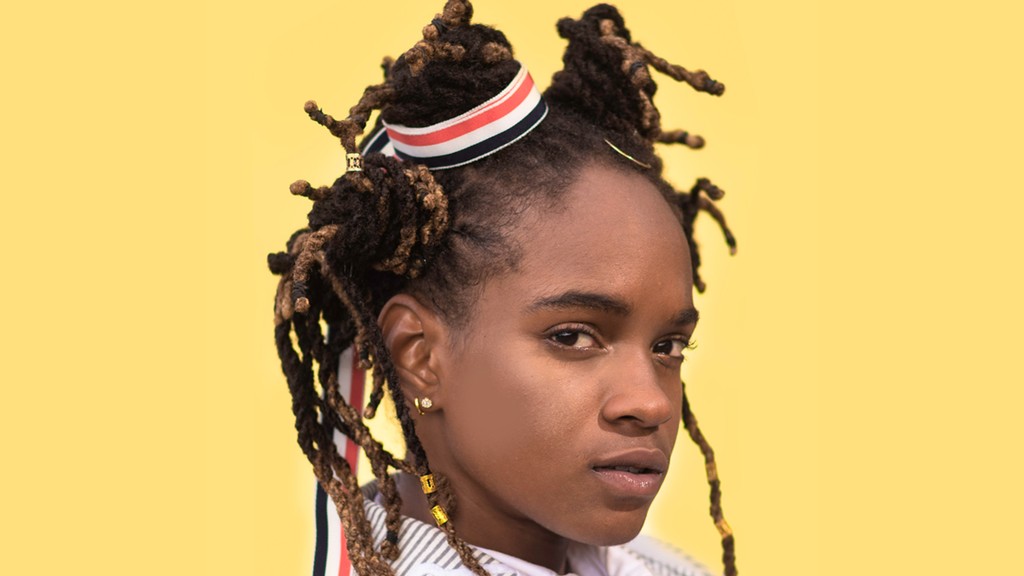 There’s still a lot of time left in Summer 2020, but on the last day of July, we declared Koffee’s “Lockdown” Boomshots‘ official 2020 Summer anthem. Produced by Dane “Raygad” Ray from the Unruly camp, the song finds Koffee asking all of the questions everybody in the world is asking themselves right now. What will the future be like “when the quarantine thing done and everybody touch road?” As soon as we heard this tune, we knew it was outta here! (That was way before we saw the video with cameos from Popcaan and Dre Island.) More than just a COVID-era contemplation, “Lockdown” is also a poignant love song that speaks to the challenges of romance during a time of the viral pandemic. As such, it represents a milestone in Koffee’s catalog.

At the ripe old age of 20, the youngest Reggae Grammy winner in history has given us her first love song—and without overthinking it one bit, she might just have given us a follow-up to rival her breakthrough smash, “Toast.” When you hear Koffee sing “if you love me, you should let me…,” it’s clear she is in her feelings on this one. Of course, everybody wants to know who this song was inspired by, but all we can say about that is just “cool.” In her first interview since “Lockdown” dropped, Koffee tapped in with Boomshots’ Reshma B on NUEVO’s Instagram Live and spoke about the inspiration behind the tune.

BOOMSHOTS: So much has happened and obviously, with the lockdown, we haven’t seen each other.

We haven’t spoken since you won the Grammy so let me start with a big congratulations.

You made history there. You’re the first female and the youngest to win a Reggae Grammy, as I’m sure you know.

How was that experience for you?

It was amazing for me being able to be there and represent Jamaica. Because at the end of the day, I feel like—even to be real nobody knew me at the ceremony. As you know the reggae category and some other categories are separated from like big categories like rap and stuff like that. So we’re not in the big ceremony. But it felt so good going up on the stage and collecting something on behalf of Jamaica, on behalf of reggae. There’s a lot to give thanks for regarding that. It’s good to be able fe spread light and just inspire people.

You know there was a time hip-hop was not getting televised either.

Yeah, so it’s a journey.

We all know someone who’s lost someone in this pandemic. It’s difficult adjusting to this new normal. How have you been coping with the lockdown?

For me, thankfully, I haven’t been directly affected by the COVID, and I don’t’ know anybody who’s been directly affected. But I send my prayers out to those who have been and those who find it difficult during these times whether financially, even emotionally. It’s a very very very hard time and I can tell even out in the streets it shows. Before you had homeless people and beggars but now when you look pon them face it’s so rough. Me know say it tough out there. So me just a try to put that energy—channel it into anything I can, which for me is music. You know I’ve been working on my album.

How did the “Lockdown” song come about?

The song was actually a very spur-of-the-moment song. I had been planning to go into the studio with some musicians, like some guitarists, pianists, drummers, and stuff. And for the time being, that had been kinda stalled because of the whole COVID. So I was supposed to be in the UK actually doing a camp. And I was just going to the studio—you know Popcaan?

Of course, we know Poppy. Shout out to the Unruly Boss!

Sorry, my bad… I take it back! I take it back! Poppy has a studio, right? So I started goin’ by his studio to just record some stuff like in the meantime while everything is kinda shut down. And there I met a producer named Dane Ray. Now Poppy have a song weh him release the other day, I think it name “Numbers Don’t Lie” and him say, “More gal fe me and Dane Ray.” You get me? So you know say Dane Ray is like him bredren and stuff. So me set a link there and Dane Ray play me a track, which was “Lockdown” instrumental. And me just decide inna the moment, say, ‘Yo, let’s just write some lyrics to it. Some nice melodies that I’m feeling.’ And I literally just did it. And then probably like the week after that I just listen to the song and said “I really like this.” And me just call my manager like, “Yo, let’s do a video. This is who I want in it. Boom, boom, boom, boom, boom.” We call producer, call everybody, call videographer, and we just got it done and then we just release it. It was so—we didn’t even think twice. Me never think it woulda reach this far.

This is the first time we’ve heard a love song from Koffee. I hear you say things like, “Givin’ you my heart beg you take it from me.” It’s so touching to hear that!

Yo, that was so serious. I swear. Me nah go answer no question about who and the speculations. But I’m tellin’ you that song was so real, I meant that sh*t. (Laughs) I mean that!

Watch the full interview above.