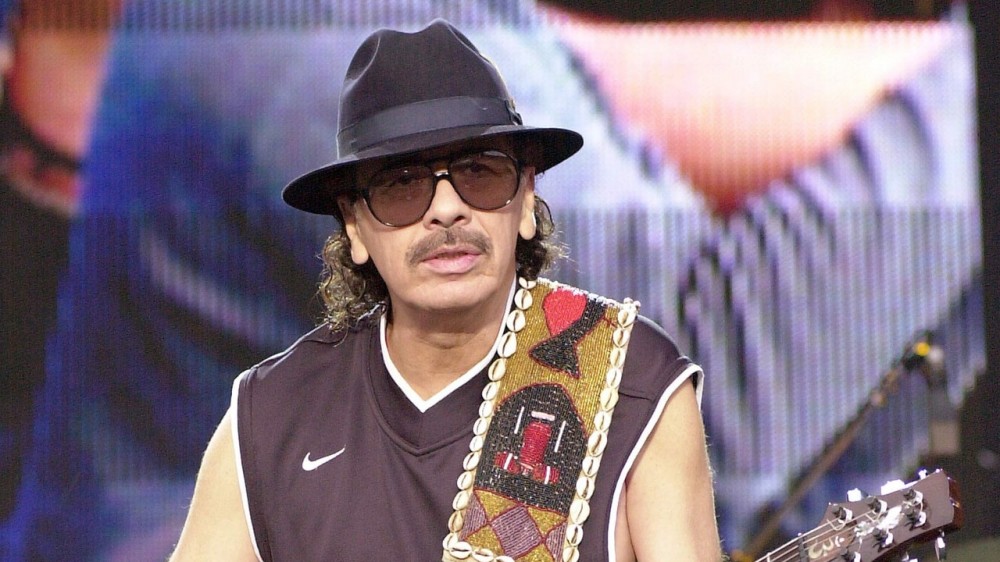 When I think of what energy I want to bring into reemergence, among my inspirations is the 1998 banger “Smooth” with Rob Thomas and Carlos Santana. It’s the hottest song with a music video to match. No one is wearing a bra; everyone is in a macrame tank top and short shorts that barely cover anything. The video is truly remarkable, especially Santana, who plays the guitar with his nimble, man-jewelry-laden fingers.

Santana originally rose to fame in the ’60s as part of the group Santana. Back in their playing-at-Woodstock days, Santana was a total dreamboat, with a plumage of black curls and his signature mustache. At Woodstock in 1969, the skinny musician wore an itty-bitty, midriff-baring vest that would have given Bella Hadid a run for her money. He topped that outfit off with easy denim flares and then shredded a guitar in front of 150,000 while tripping on acid. In the late ’90s and early ’00s, Santana had a major commercial comeback, and his style transformed from slacker rocker to cool uncle at a bar mitzvah.

In “Smooth,” we see the artist in a pared-back outfit: black pants, a deep-V burgundy shirt, and a hat that reminds me awfully of Walter White in Breaking Bad. (He also wears a cream suit.) The look on a then 52-year-old Santana is insanely alluring. It’s casual but with enough accessories to show that this guy has a magical persuasion. He has swag in spades.

In this era, Santana also had a penchant for golden tunics and shirts with Global Village Coffeehouse scrawls all over them. Even his guitar straps were outrageous, especially a thick, noisy one that was meticulously beaded and outlined with shells. It’s so thick and boisterous that it reminds me of a wrestler’s champion belt. For Santana, he wore it with almost everything. One look sticks out from 2002, for a performance in England where Santana sported onstage a Nike tracksuit with a sleeveless tank along with his hat, sunglasses, and that shell-lined guitar strap. Nothing was too random or too chaotic for him to wear; I love it.

It’s his attitude, his innate sexiness that negates any whisper of what we perceive as bad style. In fact, his outré choices are intoxicating. The man is so confident with himself, as he should be, to wear anything that he likes. Besides, that shell-lined guitar strap looks good on him—as Thomas would sing: “Because you’re so smooth.”