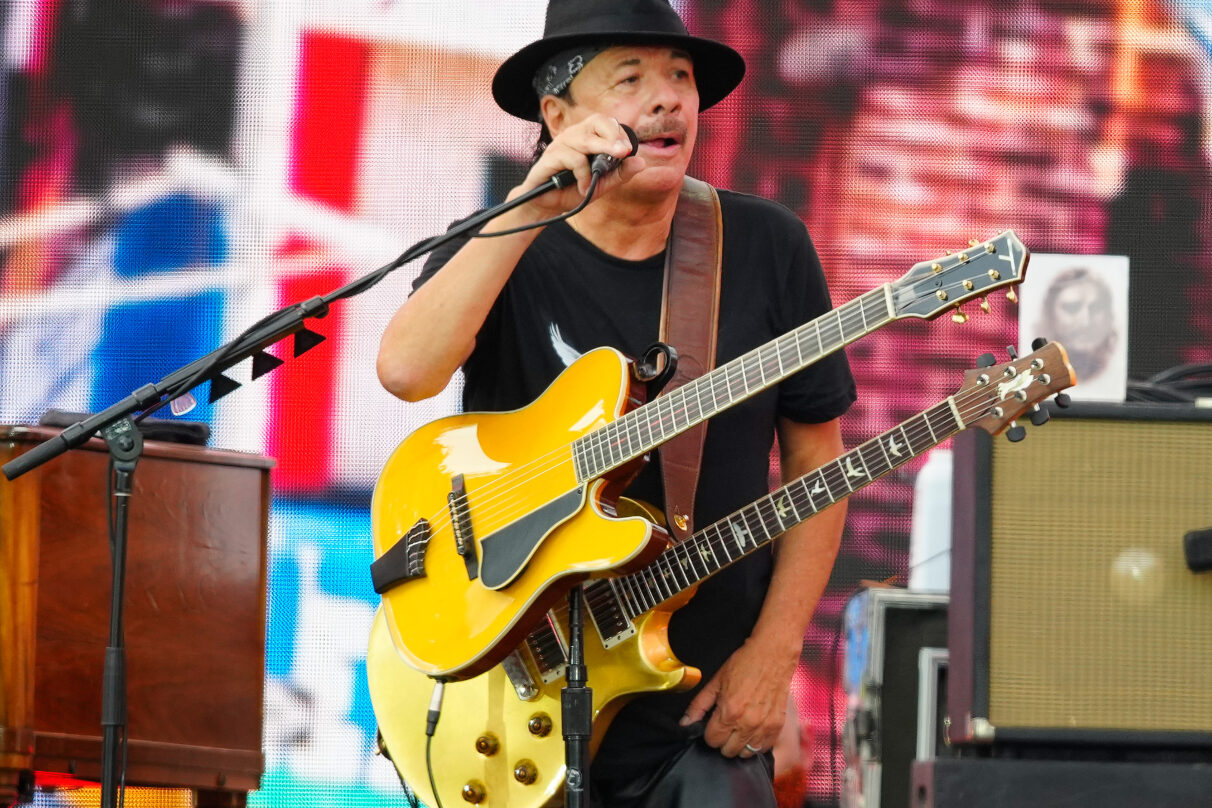 Latin music legend Carlos Santana, 74, took to Twitter Wednesday evening (December 1) to clarify a personal health matter and to let his fans know that he was canceling his planned shows in Las Vegas through the month of December.

Santana recently underwent a heart procedure after asking his wife to take him to the hospital this past weekend because he had an issue with his chest.

Santana has canceled all December 2021 at the House of Blues Las Vegas as he recovers from an unscheduled heart procedure. We look forward to returning to perform at the House Of Blues in January 2022. pic.twitter.com/8cHcVDjFhv

The video continued with Santana telling fans that he would be taking some time off to “replenish,” “rest,” and take care of his health. “So, that when I play for you, I will play the way I’m used to and give you 150 percent,” he said. “I wouldn’t show up unless I could do that.”

His management said he is planning to return in January. “Carlos is doing fantastic and is anxious to be back on stage soon,” Vrionis said in a statement. “He profoundly regrets that this ‘speed bump’ necessitated the cancellation of his upcoming performances.”

Fans were quick to send Santana well wishes and urge him to take all the time he needed. The message was clear fro fans: health is always a priority. “Get Well. Please take all the time you need Mr. Santana, concerts just have to re scheduled. Your fans will understand,” wrote one fan on Twitter.

Get Well. Please take all the time you need Mr. Santana, concerts just have to re scheduled. Your fans will understand. Peace Also. God Bless.😃🎸🪘 https://t.co/m33YoNwWMF

By the time fans know it, Santana will be back on the stage rocking out to “Oye Como Va” and “Black Magic Woman.”