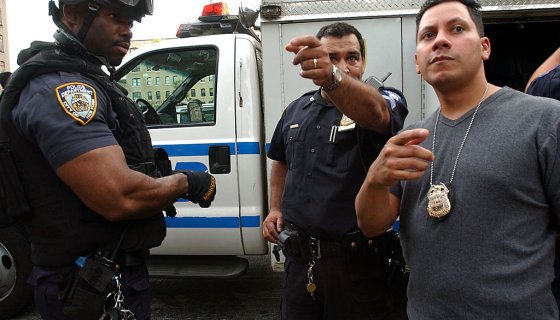 While there is much more work to be done to put an end to police brutality we are already winning small victories. Some of the badges in the Big Apple can no longer go undercover.

As spotted on Raw Story the New York Department is making changes to their force and how it patrols low income communities. The New York Times is reporting that Commissioner Dermot F. Shea announced they are shutting down their plainclothes crime unit. This change is monumental as the subdivision in question has been responsible for some of the most notorious police shootings in the city’s history. Shea explained the recent demonstrations have led to this new strategy.

“Thankfully, here in New York City, angry demonstrations have turned peaceful. Thoughtful discussions about reform have emerged,” he explained. “This is a seismic shift in the culture of how the NYPD this great city,” Shea said. “This is 21st-century policing. We must do it in a manner that builds trust between the officers and the community they serve.”

The plainclothes unit previously utilized over 600 officers throughout the department’s 77 precincts. These lawmen and laywomen will be reassigned to other responsibilities including the neighborhood policing initiative and the detective bureau.