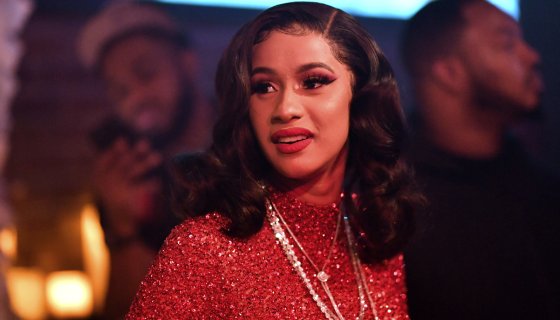 If you think the money and the fame will change Cardi B think again. She is still outspoken as ever and one political pundit is about to catch some hands if she is not careful.

HipHopDX is reporting that the Bronx Bombshell was not feeling some recent criticism that had for Jay-Z and Beyoncé. At the Superbowl the superstar couple were noticeably sitting down during the performance of the National Anthem. On Monday, February 3 she came at them during her Final Thoughts show segment.

“Beyoncé and Jay-Z sit for the national anthem because apparently the United States of America has oppressed them with millions upon millions of dollars, fans, and a lifestyle most could never even dream of. It sounds rough,” she theorized. “They both choose to live in the United States of America. But for the life of me, I don’t know why” She went on to call their behavior “disrespectful and downright disgraceful.”

Lahren also blasted The Carters on social media. “You hate police, Donald Trump, and the spirit of this nation so much you can’t pick your privileged asses off the chair for 2 mins to pay some respect? Despicable.” she wrote.

You hate police, Donald Trump, and the spirit of this nation so much you can’t pick your privileged asses off the chair for 2 mins to pay some respect? Despicable.

Naturally Becalis caught wind of her commentary and went to Twitter to disparage Fox Nation personality. She responded directly saying “Get me my leash” referring to 2019 when she threatened to walk Lahren like a dog.

Get me my leash

This is not the first time Tomi has clashed with an Hip-Hop artists. In 2018 she and Wale infamously had a back and forth on Twitter where the “On Chill” rapper gathered her up rather nicely.