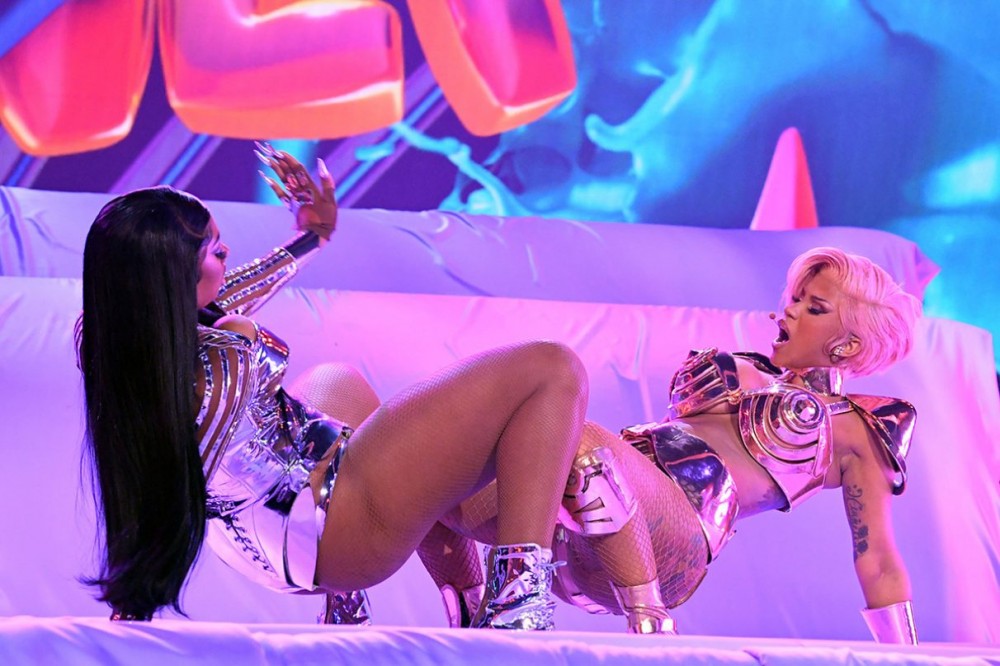 The 63rd Annual Grammy Awards are now in the books. The show, hosted by Trevor Noah from The Daily Show, featured live performances, pre-recorded performances, and both indoor and outdoor audiences (socially distanced) from Los Angeles’ Staples Center.

As the biggest outdoor music event of 2021, the Grammys delivered some firsts, big headlines, and much-missed live musical performances.

Beyoncé broke a record, becoming the most awarded singer in Grammy history. With 28 Grammys to her name prior to the show, she won four awards last night. This year, she won for best R&B performance for “Black Parade,” best music video for “Brown Skin Girl,” and best rap performance and best rap song for “Savage,” with Megan Thee Stallion.

One of the biggest show stoppers belonged to Cardi B. She performed “WAP” alongside Megan Thee Stallion in a performance that was almost too hot for TV.

“Wow, wow, wow,” host Trevor Noah screamed. “Did you see that?” The show stopping performance featured a gigantic bed, a huge high heel, and masked dancers. Even the Recording Academy admitted, it’s her world, we are just living in it.

Though she was not up for a Grammy this year, the rapper made headlines before that hip shaking set. Cardi B alluded to pressure to boycott the Grammys. Instead she took to twitter to show her support for lesser known artists.

How I feel bout the Grammies .Don’t forget to congratulate the small black artist that got nominated that got overshadowed again cause of the drama .It’s their moment finally ! pic.twitter.com/uoSJtG1aqi

“I do feel that there were some albums and songs that should have been considered for nominations, maybe next year they will get it right,” she wrote. “However, let’s not forget the Grammy’s nominated soo many independent Black artists this year that don’t get the exposure by blogs, magazines, and other award shows.”

In another amazing performance, Puerto Rican rapper Bad Bunny took to the Grammy stage. He performed “Dákiti” with Jhay Cortez in a night of highlights for the musician.

“I want to thank every person in the world that listened to my music and support my career and my ideas,” he told the small group outside the Staples Center

Bruno Mars and Anderson .Paak performed together as Silk Sonic for the first time ever. The duo hit the stage after a Twitter campaign, begging to do so. Originally Silk Sonic was not part of the lineup. Bruno Mars and .Paak took to social media last week, pleading to perform. The Recording Academy acquiesced and the pair belted their hit “Leave the Door Open.” In a performance that was reminiscent of the Commodores, complete with matching suits, open collars, and starburst backgrounds, it was well worth all the fuss.

Anderson .Paak took home a Grammy of his own, Best Melodic Rap Performance, for “Lockdown.”

Now onto more of the night’s winners…

Linda Ronstadt is no stranger to the Grammys. This year, her film Linda Ronstadt: The Sound of My Voice won filmmaker James Keach a Grammy for Best Music Film.

Filmmaker James Keach takes home Best Music Film for Linda Ronstadt: The Sound of My Voice
at the 2021 #GRAMMYPremierehttps://t.co/bSAQmXKsLI

WE WON THE GRAMMY WHATTTTTTTTTTTT !!! AHHHHH

Haitian-Canadian DJ Kaytranada took home a statue for Best Dance/Electronic Album for Bubba. By the end of the night he would add a second grammy for.

A couple of #GRAMMYs look GREAT on @KAYTRANADA, let tell you what! 👀👏 pic.twitter.com/yMqQd69mEa

Fito Paez won the Grammy for Best Latin Rock or Alternative Album for La Conquista Del Espacio. It was a welcome win for the Argentine icon who celebrated his birthday just yesterday (Saturday, March 13). “Unbelievable,” Paez said moments after finding out he was the winner. “Thank you to the Academy, thank you to my great team, my family…it’s an incredible hour for me.”