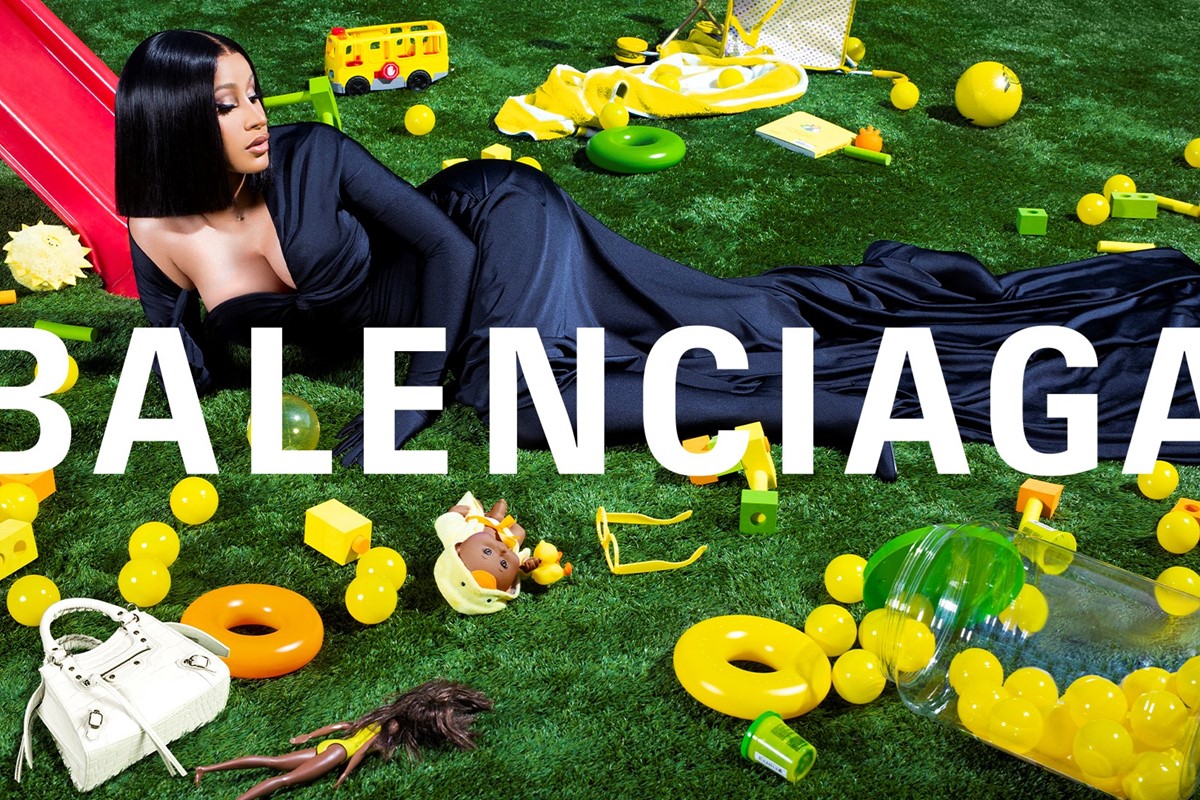 Do not adjust your sets

Many of fashion’s biggest names are all about scoring a famous face to front their campaigns, but Demna Gvasalia has never really been about that. Scroll through Balenciaga’s IG and there’s close to zero chance of coming across a face you know, with the designer switching out celebrity ambassadors and influencers in favour of impossibly cool, creative kids wearing the brand.

In the year of our lord 2020, however, nothing is as it was – which is why it should come as no surprise that Gvasalia has U-turned in pretty spectacular fashion, by putting one of the most famous women in the world right now front and centre of his AW20 campaign.

So who is it? Step forward Cardi B.

Captured in lockdown lying on a patch of grass in a head-to-toe Balenciaga look and the label’s new Neo Classic bag, the “WAP” singer is surrounded by a bunch of toys, which presumably belong to baby Kulture. Posting the image on her Instagram, Cardi wrote: “Ya looking at the face of a Balenciaga campaign! I remember how I felt seeing myself on a billboard in NYC Times Square but Paris! Wish I was there to see it in person!” Right now, the image is plastered across the side of the Louvre, where it will stay for the next few weeks.

While famous faces might be thin on the ground when it comes to Balenciaga campaigns, the label has previously explored the cult of celebrity in its collections and accompanying imagery. Back in 2018, the label dropped a set of paparazzi-esque shots as part of its SS20 campaign, enlisting an IRL press photo agency to capture models including Stella Tennant ducking out of its Paris boutique, shielding their faces with their bags.

Alongside Cardi, artist and Balenciaga runway regular Eliza Douglas, as well as other members of the brand’s creative community, are also on the AW20 line-up, with more images yet to be released. Check Cardi’s post out below.