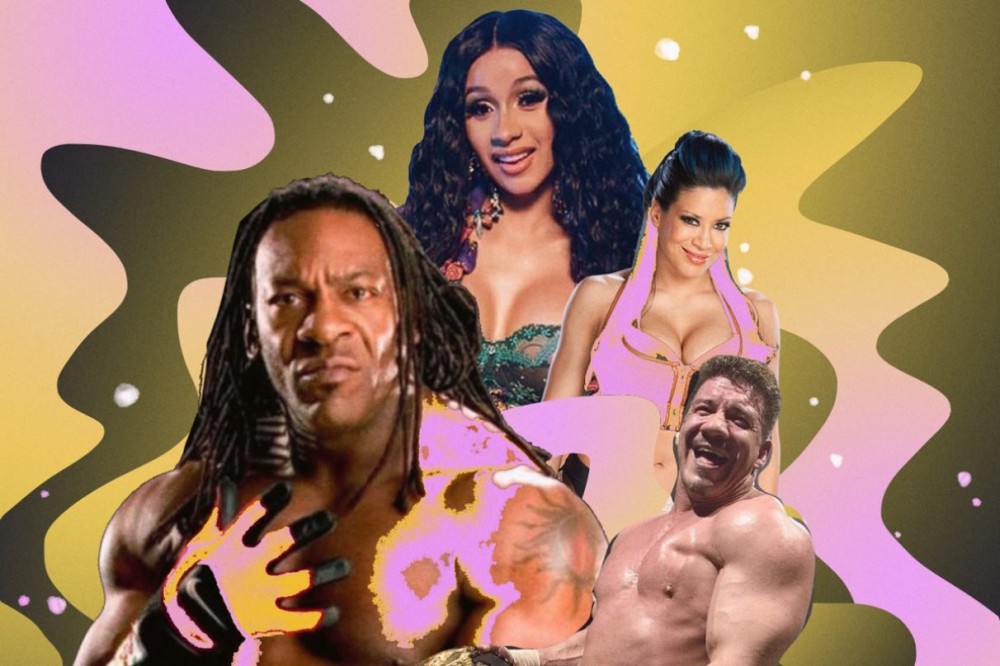 We’re only a few days into 2021 and Cardi B keeps going viral. After her name was mentioned on WWE Raw last night, the rap star started trending on Twitter and used the opportunity to wax nostalgic about her favorite wrestlers.

WWE Raw hosted a special Legends Night where past favorites wrestled alongside current superstars. WWE Hall of Famer Torrie Wilson returned in one segment and promptly got hit on by Mexican wrestler Angel Garza. She turned him down and joked that she’d invited Cardi B, Kylie Jenner, and Ariana Grande to the show. She told Garza that Cardi was waiting for him down the hall and recommended he try his luck with her. That led him to a room where wrestler The Boogeyman was waiting.

This is the reason why .@iamcardib was tagged in @WWE posts 😭😭😂😂😂 pic.twitter.com/WgPlDB6I8q

Cardi began trending on Twitter shortly after Wilson mentioned her. “Wait what’s going on?” she tweeted in response. “People keep tagging me in WWE stuff?”

After being asked if she was a fan of The Rock, Cardi responded by saying that she was too young when he was in the ring. She then listed off a few of the wrestlers she was a fan of, including Trish Stratus and late Mexican-American legend Eddie Guerrero.

“Naaaa I was still too young when [The Rock] was on,” Cardi wrote. “I started watching when Booka T, Eddie Guerrero, Triple H, Batista, John Cena, Edge, Melina, Trish Stratus, Lina, ECT was on!” She also gave props to current WWE Diva superstar Sasha Banks.
Cardi has shared her love for classic WWE wrestling in the past. In 2019, she quoted Guerrero’s famous tagline in one of her tweets: “I LIE, I CHEAT, I STEAL!”

When rapper Wale tweeted that Cardi was overdue for a WWE appearance, she joked about going to WrestleMania this year to “collect her check.” She also tweeted to WWE chairman and CEO Vince McMahon about making her debut soon. “COUNT YOUR F*CKIN DAYS!!!” Cardi wrote.