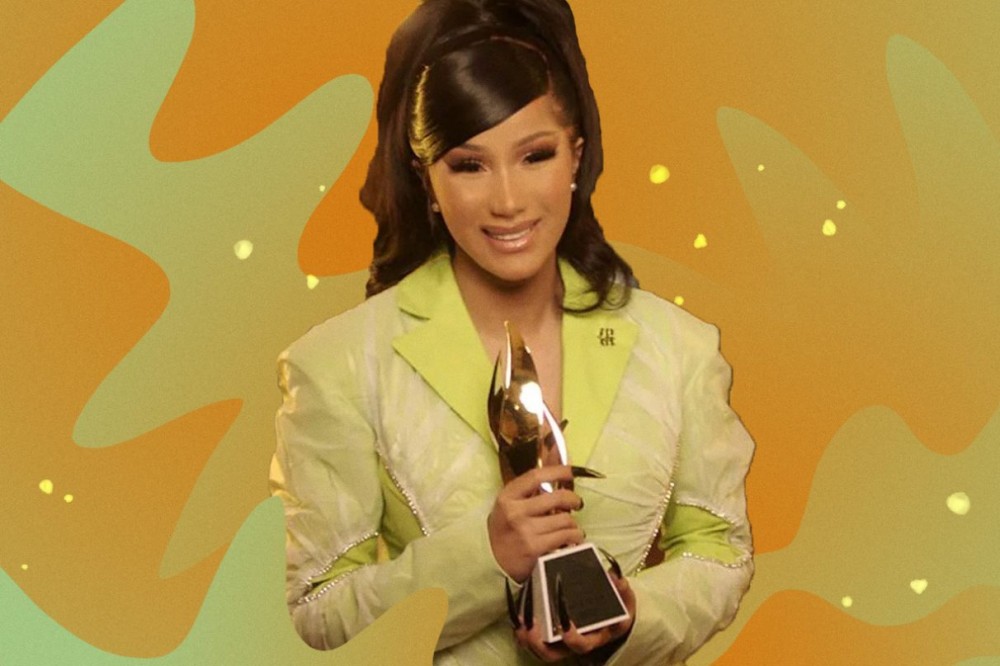 Cardi B has just become Billboard’s first rapper to receive the Woman of the Year award. The 15th annual Billboard Women in Music event was held virtually last night (Dec. 10) with appearances by the likes of Maluma, JLo, Beyonce, Chloe and Halle, and more. Breonna Taylor’s mother, Tamika Palmer, presented the award to the Bronx native.

“On March 13th of this year, my daughter was unjustly taken from the world,” said Palmer in a pre-recorded statement. “The outpouring of support has been overwhelming. One of Breonna’s most outspoken advocates over the past nine months has been Cardi B. From the start, Cardi has used her platform to spread the truth about what happened to Breonna and to reaffirm that Black women’s lives matter.”

Cardi B has used her platform throughout the past year to highlight the Black Lives Matter movement, as well as interviewing Bernie Sanders, and calling out Republicans for their sexism and racism.

“I am honored for the Woman of the Year Award for Billboard,” she began in her acceptance video. “This year, when it came to music, I had so many things planned, so many things I wanted to come up. Unfortunately due to COVID, I couldn’t put out the visuals I wanted. It really messed up my creative space. You know, I think everybody this year was just messed up. I am just grateful and thankful that the song I did put out this year, which was ‘WAP’ feat Megan Thee Stallion. Not only was it an amazing song that broke so many records but it was a conversation that I didn’t think would be so big! I mean, it pissed off a whole bunch of Republicans for no reason, you know what I’m saying? It was just weird.”

Her acceptance speech also referenced her early works, which she highlighted with a message to “girls that are just like me or just regular girls,” that if you put in the work and strive to be the greatest at what you do, “there’s hope for your dreams.”

The Woman of the Year event also included Jennifer Lopez taking home one of the night’s biggest honors, with her friend, Maluma, presenting her the Icon Award.

“The world admires your compassion, resilience and passion for entertainment,” he told her. “We know it’s not easy, but you definitely make it look that way.”

And one more Latina dominated the evening, Jessie Reyez received the American Express IMPACT Award. In her inspiring acceptance speech, Reyez acknowledged the many “burdens and bags that we carry.”

“Today, fearlessly, I am thankful and fucking” proud,” Reyez said. “There have been moments where being a woman is delicately tiptoeing around the egos in the room in order to avoid offending other people with her strength and resolve. Today, I stand bold in my purpose.”