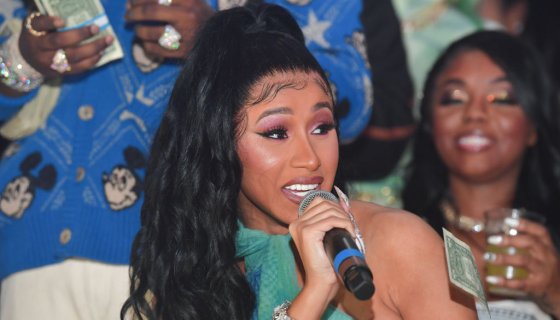 might be best known for her electric personality and musical career, but there are several layers to the Bronx superstar. The “Bodak Yellow” rapper has a sharp political mind and recently chopped it up with Sen. Bernie Sanders about , the coronavirus situation and more.

The Instagram Live discussion was promoted Sanders’ YouTube channel with the pair engaging in some light banter ahead of talking about the state of the nation as the spread of the novel coronavirus has changed course for many. The discussion got real when Cardi, refusing to name President Donald Trump, began blasting the former business mogul for his handling of American affairs before getting to other matters

Cardi, speaking for many of Sanders’ supporters who hoped that he would notch the Democratic Party nomination ahead of the November’s big election, asked why the Vermont senator backed former vice president Joe Biden. While Cardi might seem like an unlikely ally of Sanders, her massive social media reach gave Sanders the perfect platform to share why he’s now backing Biden in the fight to take down President Trump in the fall.

As we reported, Forever President Barack Obama officially endorsed his old friend, which has given Biden a significant boost against the formidable Trump. Despite Trump’s many blunders of late, he enjoys support from his base who feel that he’s performed well despite a tanking economy ravaged by COVID-19.

To see the chat in full, check out the video below, starting at the 36:50-minute mark.