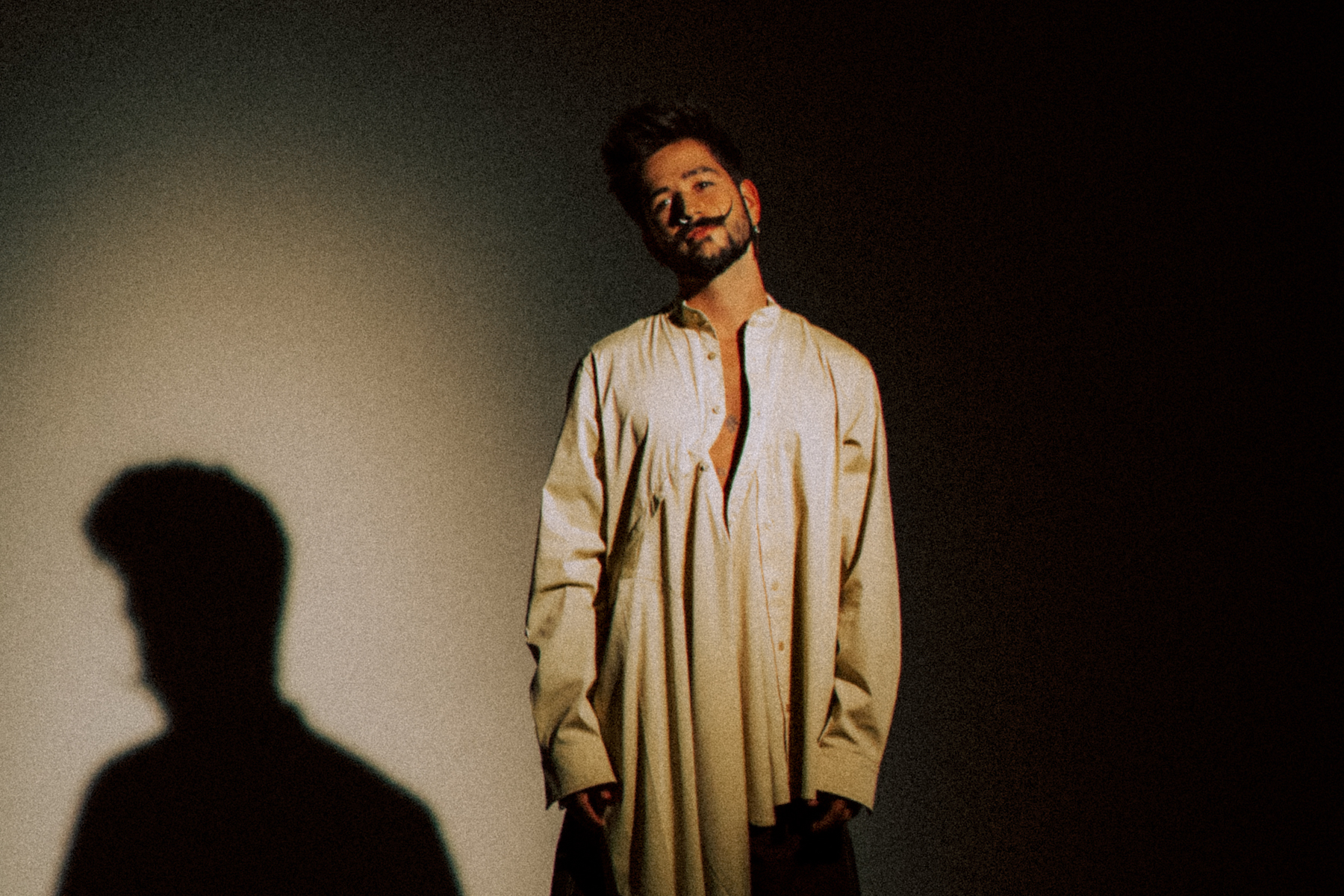 Six became a magic number for Camilo on Tuesday morning, when the Latin Recording Academy released its annual list of Latin Grammys nominees. For the first time ever, the Colombian singer-songwriter became a Latin Grammy-nominated artist, and in six categories: Record of the Year, Album of the Year, Best Pop Vocal Album and Best Pop Song. He also has two songs nominated for Song of the Year: 2020’s “El Mismo Aire” and “Tutu” with Pedro Capo, which famously got a nod from Shakira.

“I was having breakfast and all of the sudden, as the nominations were being announced, my wife started [reading them aloud] one by one,” Camilo tells Nuevo Culture. “We were so shocked, and of course so happy! I’m grateful to my family, the [Latin Recording] Academy, and of course, La Tribu” — his loyal fanbase, he says — “for being there with me on this amazing ride.”

“If you ask me, I think I’m a very new artist,” says Camilo, currently hunkered down with his wife, actress and singer Evaluna Montaner, and her family in their Miami, Florida home. “When you write for other people, you don’t have your ego in the middle. When writing for yourself, you ask a lot of questions like, ‘Is this idea 100% honest to who I am? Am I going to be able to defend this idea in 10 years? Am I gonna enjoy going to promo and talking about it?’

“I don’t have to answer those questions when writing for other people,” he continues. “That’s their problem, to be honest! [laughs] But doing that for other artists allowed me to abandon those questions. I felt this new electricity when I picked up my guitar and began writing for myself.”

The honeyed title track of Camilo’s album is also a commemoration of his February 2020 marriage to Montaner — and by default, the prestigious Montaner family, a Venezuelan pop dynasty helmed by Latin Grammy Lifetime Achievement Award winner Ricardo Montaner. All five of his children, including Latin Grammy-nominated singer-songwriters Mau y Ricky, have continued to further his musical legacy. “It’s a huge family,” says Camilo, with a chuckle. “A very crowded family, all very interesting and talented. We’ve been in our own little universe, in this house.”

La Casa Montaner will be the site of Camilo’s upcoming living room concert, scheduled to air live on YouTube, Wednesday at 7 p.m. EST. After having documented his wedding, and subsequent honeymoon and quarantine with Evaluna in his recent music videos, the show will feel, quite literally, right at home for Camilo.

“Some people think you have to be super careful about having your personal and artistic life separated by this thick, brick wall,” he muses. “To be honest, I feel like the wrecking ball breaking that wall in the middle! Because for me, there’s nothing interesting about having an artistic life if it doesn’t reflect who I am in my personal, spiritual and emotional life. I’m not trying to be a persona. When people listen to my music, I want them to feel the energy is honest and easy to receive.”

“And even if I get rotten tomatoes thrown at me,” adds Camilo, “it’s a small price to pay for being honest.”