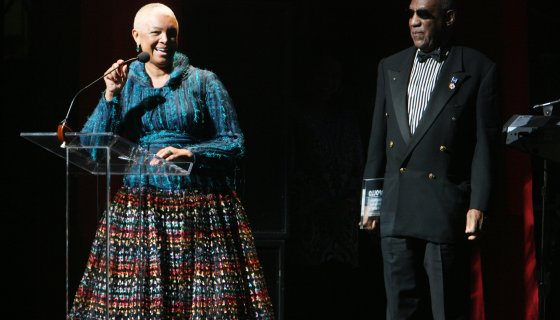 Camille Cosby has broken her silence and shared her thoughts regarding the legal ordeal of her husband, currently serving time behind bars for a 2004 ual assault case. In the new interview, Cosby is in full support of an upcoming appeal in her. husband’s case, and suggested that the #MeToo movement that took down Mr. Cosby is rooted in racism.

In an interview with ABC News, Mrs. Cosby, 76, spoke directly about her husband’s pending appeal in her first public speaking event in over six years. Reacting to the news that the Pennsylvania Supreme Court agreed to portions of Mr. Cosby’s appeal argument, stating she was “pleased” by the news and shared her reaction.

“My first reaction is hopefulness, possibilities,” Cosby said to ABC News Prime anchor Linsey Davis from her Massachusetts home. “The state’s highest court has said, ‘Wait a minute. There are some problems here. They can be considered for an appeal.’”

Pivoting the conversation towards the #MeToo movement, Mrs. Cosby has little to no sympathy for those gathered under the banner seeking justice for alleged acts of ual assault they suffered from.

First of all, I don’t care what they feel,” Cosby said in the interview.

Mrs. Cosby continued with, “And by ignoring that history, they have put out a lie in itself and that is, ‘Because I’m female, I’m telling the truth.’ Well, history disproves that as well, and gender has never, ever equated with truth. So, they need to clean up their acts.”