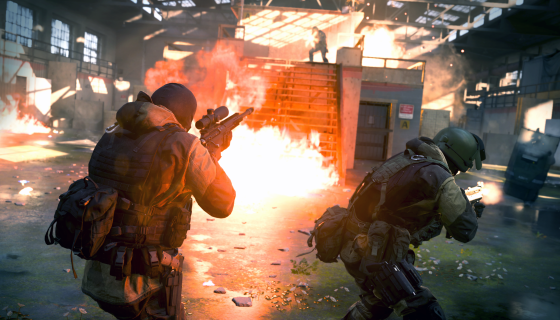 We’re pretty sure you need something to do while in the crib, so this news will serve you well. Activision announced that multiplayer will be free starting Friday (Apr.3).

If you don’t have Modern Warfare and have been itching to try the game out, here is your chance. Free-to-play players are now able to jump into COD: Modern Warfare’s multiplayer for free 99 for this weekend only.

Officially beginning this morning, players will notice they now have the option to hop into Modern Warfare’s multiplayer components by Stocked Up, Locked Down 24/7 playlist’ from the main menu. Once they do that, they will able to join Modern Warfare players and compete in several game modes like Team Deathmatch, Domination, Hardpoint, and more.

Warzone players will access to two original Modern Warfare maps: Atlas Superstore and Shoot House. So hop to it Warzone players, you will have access until April 6.

Activision also announced a beautiful gift for Battle Pass owners in Call of Duty and Warzone as well. Players will receive 10 free tier skips that can be redeemed the in-game store before April 6.

Battle Pass Owners: 10 Tiers on us.

Jump into #ModernWarfare or #Warzone to claim. pic.twitter.com/1Ez9ncNj7k

Oh, and it’s also a double XP weekend, so make sure you take full advantage and level up.

Double down on XP all weekend long. Starts tomorrow for #ModernWarfare and #Warzone. pic.twitter.com/9yFm8bCjID