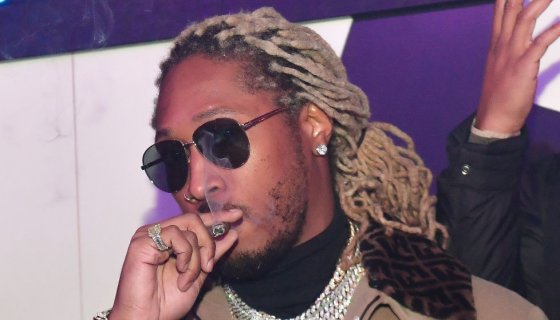 The struggle that is the “co-parenting” of Future and . In the latest revelation, the Atlanta rapper has been ordered to undergo a DNA test and to reveal his income.

The homies over at Bossip report that Eliza Reign, born Eliza Seraphin, scored not one but two victories in court against the Toxic Gawd.

In a hearing on Tuesday (Feb. 25), a judge ordered Future to take a DNA test in Atlanta to determine whether or not he’s the father of Reign’s baby daughter who will be turning a year old in April. The “Wicked” rapper must do so in a month, or face penalties from the court.

The judge also ordered Future to reveal all his financial information to Reign within the next 10 days. Reportedly Reign has served him three times and he has failed to respond. According to Reign, the rapper hasn’t contributed a dime in financial support of the baby, despite her claim that he’s pulling in $19.5M annually.

Recently, Future filed his own court documents, and basically looking to make a profit off his success. He’s for what amounts to talking too much.

The saga is surely only about to continue. Cute kid, though (she also has her own Instagram). If it is indeed Future’s child, she is his seventh.