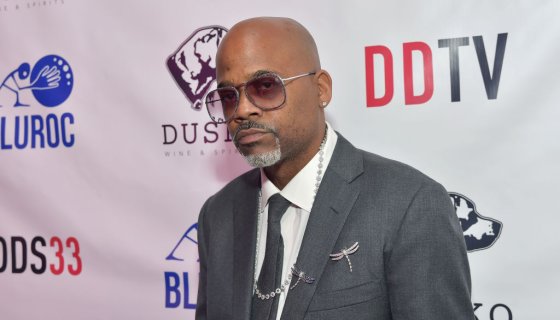 BOSSIP is exclusively reporting that a judge slapped Dash with a default judgment after ignoring and failing to respond to a lawyer’s defamation case against him.

“Last week, the federal court in Massachusetts issued a default judgment against Dash in attorney Christopher Brown in his assault, libel, and slander case against the Poppington CEO. Brown alleged Dash and his companies defamed him in multiple states.”

Dash, who co-founded Roc-A-Fella Records with his former buddy has made numerous public claims about Brown, including how , his taste in clothing, and accusing Brown of conspiring against him to “rob him.”

Brown also just happens to be representing multiple clients who have lawsuits against Dash. In one of the suits, photographer Monique Bunn is accusing Dash of ual battery and is from both Poppington CEO and his girlfriend and business partner Raquel Horn.

According to the complaint, Bunn was hired by Dash for a photoshoot for his fashion company Poppington at his home in LA last year. Bunn claims that the incident took place in Dash’s daughter’s room where she was sleeping.

“While Bunn was sleeping, Dash approached Bunn and placed his hand on Bunn’s breasts and placed hands/fingers on Bunn’s buttocks. Dash did not have permission or consent to touch Bunn’s ual organs. Dash was wearing a robe and had no underwear on. Dash had been drinking alcohol and smoking marijuana all day.”

BOSSIP reached out to Dash, but he nor his team has responded back.