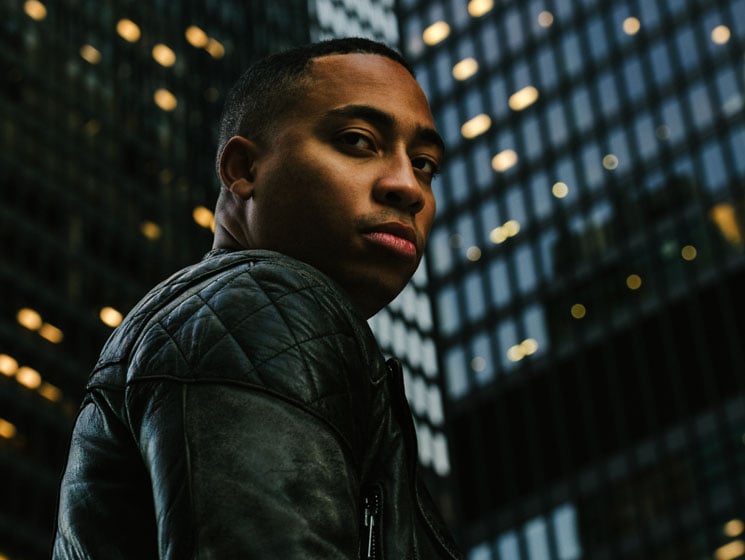 “In my previous work, I felt reluctant to talk about racial stuff,” Cadence Weapon admits, sitting in a recording studio in Toronto. “I was more focused on, ‘Let’s just make some crazy music.’ As I get older, I have a better knowledge self and I think a lot more about myself as a racialized person.”

It’s been six years since Cadence Weapon, aka Roland Pemberton, released the relatively sombre Hope in Dirty City. In that time, he has contemplated a more outspoken socio-political landscape and explored how he relates to the world.

After a romantic residency in Montreal, the Edmonton-born Pemberton has been living in Drake’s Toronto, soaking in some OVO HQ’s aesthetics to assert himself on his bold, eponymously titled fourth album. It features hot production by Kaytranada, Harrison, Gibbs, Blue Hawaii and FrancisGotHeat, among others. For his part, Pemberton engages in deeply personal, political expressions and some astonishing technical rapping, switching up flows with effortless panache.

Pemberton knows fans may be particularly surprised to hear him drop the N-word so frequently or to assert his blackness generally. “In the past, I didn’t want to be ‘woe is me,’ but now I feel like it’s a duty,” he explains. “This is me being bigger and blacker.”

When he broke out Edmonton in 2005, Cadence Weapon was almost immediately a Canadian hip-hop star; his debut, Breaking Kayfabe, was shortlisted for the inaugural Polaris Music Prize and he was primarily embraced by champions (white) outsider art.

“It wasn’t from the rap people,” Pemberton says his early success and recognition. “Maybe the way I was presented wasn’t really reflective who I am. There was this, ‘Oh, it’s like bedroom, lo-fi, weird rap.’ I never thought myself as being weird. In my mind, I’m competing with all the mainstream rappers and can rap in the same room as them. But for some reason, other people don’t feel that way.

“That’s why I just called it Cadence Weapon; it’s the distillation who I am,” he says the new record. “The intersection rap and electronic music on this album — that’s my wheelhouse. I have a much better understanding that and myself. I had something to prove because I’ve been around a while, but I never really got the recognition for rapping that I believe I deserve. That really pushed me to go harder.”

Cadence Weapon is out now on eOne.