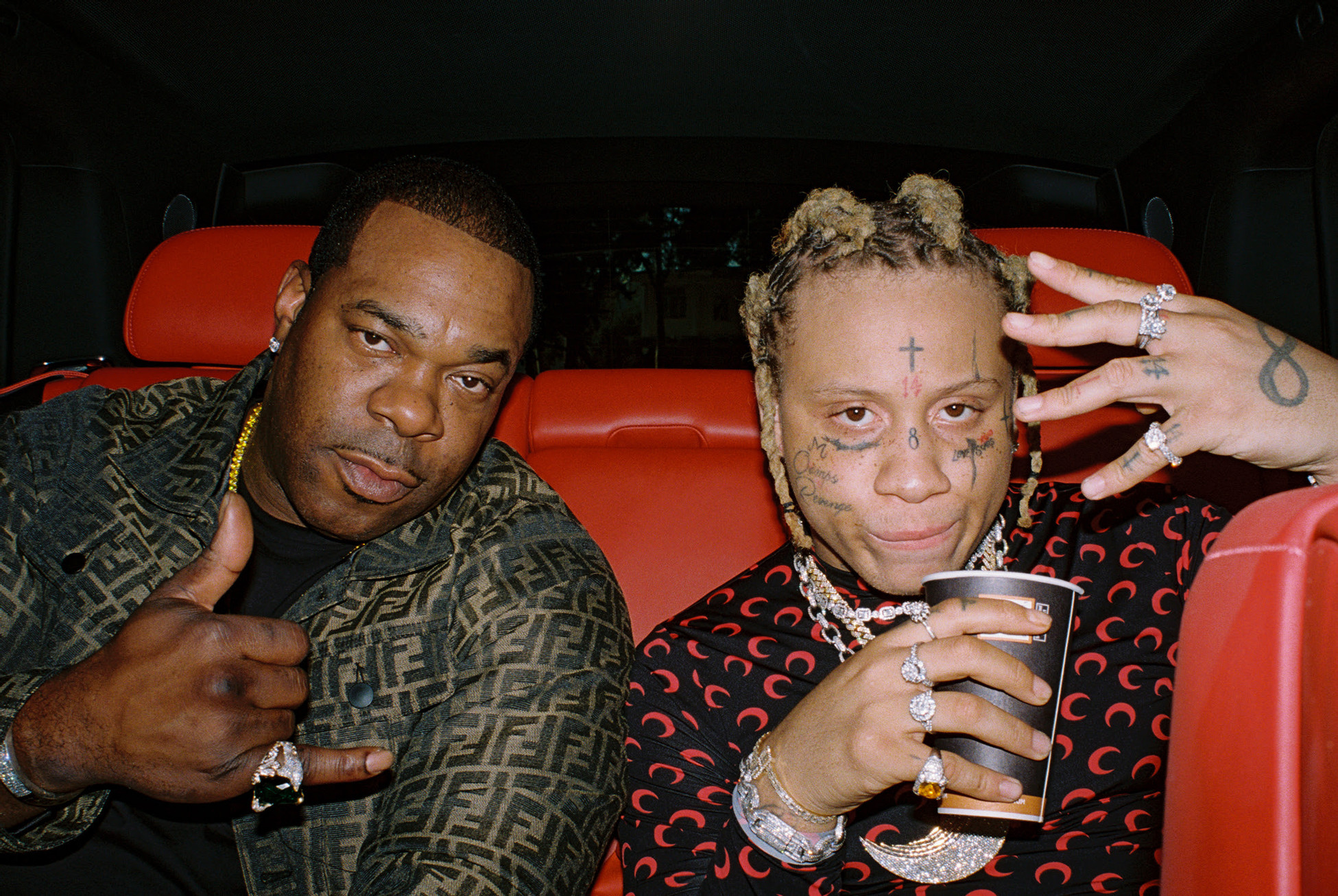 Nostalgia is in heavy effect as young gun, Trippie Redd calls on veteran viking, Busta Rhymes for the smooth tune, “I Got You.” With the two rap rebels round-housing the track, you’ll notice a familiar refrain in the hook that Redd sings, it comes from Busta Rhymes’ 2002 mega hit “I Know What You Want,” featuring the diva Mariah Carey.  “I like making timeless music,” says Trippie. “You’ve got to think of a timeless concept—love, hate, anger, sadness—all that shit is timeless. And if you can make something without it just meaning one thing, people can feel it and turn it into their own. That’s what makes it timeless.” The video starts off with Busta asking Trippie for a favor, which turns into some cool scenes of the two in high school hallways belting bars about love. Great seeing the generations of hip-hop bridging the gap like this.

Speaking of Busta, he released some new music of his own recently. The Dragon has returned with an offering from his upcoming, long-awaited Extinction Level Event 2: The Wrath of God album titled “The Don & The Boss,” featuring  Jamaica’s dancehall favorite Vybz Kartel.  Check the fire…

Those Griselda guys are a different breed. They just spit nothing but gritty bars that bang your street heart to bits. The latest to continue the crew’s release onslaught is Conway the Machine with From King To a God. Of the three Griselda members (Benny The Butcher and Westside Gunn), Conway is the lyrical miracle one. He breaks down the emotions of a gangster, yet still keeps his manhood in check. Seeing him go from hot feature artist to valid verses on a theme against music that matches, is an honor as most street rappers rarely care what the sound bed is to their hard knock life tales. Conway is different. He wants you to feel every bar on a spiritual level and now he gets the music to match in a myriad of ways due to his experimentation on this project. There are some uptempo tracks that showcase what an artist with Bell’s Pasley can deliver, as well as some lighter tunes that we can bop too that the Conway of five years ago probably wouldn’t have recorded. Matching wits with Wu-Tang’s Method Man, a Def Loaf sighting and even linking with the producer of the year in Cali’s Hit-Boy can all be found on Conway’s best work to date.

Going to the other side of the spectrum, we have the release of well known Electric/House producer Alyx Ander, coming through with a single that’s been in the works for almost two years! How do I know you ask? Well, I was involved in linking Alyx and 90’s R&B star Mya, who is featured on the dance floor shaking track, “Without You.” Alyx made sure the collaboration happen by staying in touch with Mya’s camp and taking a trip to L.A. from his home base in Miami on whim. That chance journey turned into an eight hour studio run where over 25 different versions of the song was eventually made. We will be hearing various versions for some time to come…and they are all fire. Shout to Alyx for following through on the networking connection.

stahhr is an artist that’s been working the music industry for sometime now, and her time to shine is starting to breakthrough. I was sent this by IG dm and took in all the love she has for black men in the cuts, snares, lyrics and visuals. Had to add her to this roll call. Check for more of her artistry on her YouTube channel.

The young king G Herbo continues to make his city of Chicago proud as he is stretching his reach musically and getting his generation. He’s doing this by performing in new spaces like for the Grammys, along side fellow Chi’ native Chance The Rapper. Seeing these two brothers together is a wonderful vision…as more artists from hip-hop should link even if their sides of the coin are different. Get into this heart stirring performance of Herbo’s “PTSD” with a live band and Chance’s assistance.