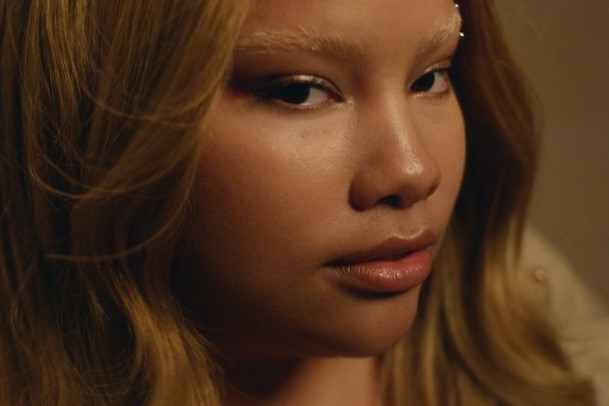 With the musician cocooned inside the new Burberry Olympia bag, the esoteric short celebrates her and Riccardo Tisci’s shared propensity for craftsmanship

Burberry has long been a house that looked to various muses for inspiration – from Kate Moss to Naomi Campbell, Bella Hadid to Kendall Jenner, and many, many more. Now, as we head into a new decade under the direction of Riccardo Tisci, a number of new faces have begun to join the fold – namely subversive British musicians FKA twigs and Shygirl.

With twigs regularly popping up on the Italian designer’s IG stories, it was also Instagram where he first spotted Shy. Unsurprisingly, given plenty of us likely felt the same way when we first encountered the star, he was smitten at first sight. “I fell in love immediately,” he said of the “Slime” singer back in March. Soon after, the musician took top billing as Mother Nature in Tisci’s AW21 presentation, before she returned to the Burberry fold last month as one of the stars of its Olympia bag campaign.

Now, in further celebration of the new classic’s debut, Burberry, Dazed, and Shygirl have come together to create a short film, which lands today. Directed by Shy’s longtime collaborator Yasser Abubeker – who you might know as the creative behind the visuals for “Tasty” – Perfect Form sees the musician shrunk down and slipped inside a behemoth iteration of the Olympia. Tapping into Shy’s divine femininity, the space serves to showcase her propensity for rebirth and the constant evolution that underpins her meticulous creative process – a direct mirroring of the process that goes into crafting the Olympia.

“The space signifies where Shygirl conceives her ideas, her desire to evolve, elevate, and grow, and acts as a statement on how she dictates the spaces she occupies as an artist through her lyricism and voice,” explains Abubeker. “90s music videos were a big reference point – the grand scale of these videos, the sense of being transported to another world. I spent a lot of time rewatching Janet Jackson and Hype Williams music videos when working on the treatment.”

Demonstrating the control she has over her creative output, Shy makes her way through the liminal space of the bag’s interior, and uses her voice to shape and mould its cocoon-like walls to suit her vision. Stopping to caress the tactile surfaces and eventually reclining in a chair set between two towering speakers, she’s also dressed head-to-toe in a sensual Burberry corset dress and classic, check-lined camel trench, with the pared-back, future classic Olympia in hand.

In much the same way that everything Shygirl creates is, the bag is also meticulously crafted. Inspired by the striking architecture of London’s Kensington Olympia building – where the house’s AW20 collection was showcased – the new, crescent moon-shaped style is an understated take on a classic, made using the finest, buttersoft leather. The perfect balance of heritage and modernity, signature camel, black, and burgundy iterations are offset by bold sunflower yellow, powder blue, and soft juniper styles. Head here to shop, and watch the film above.