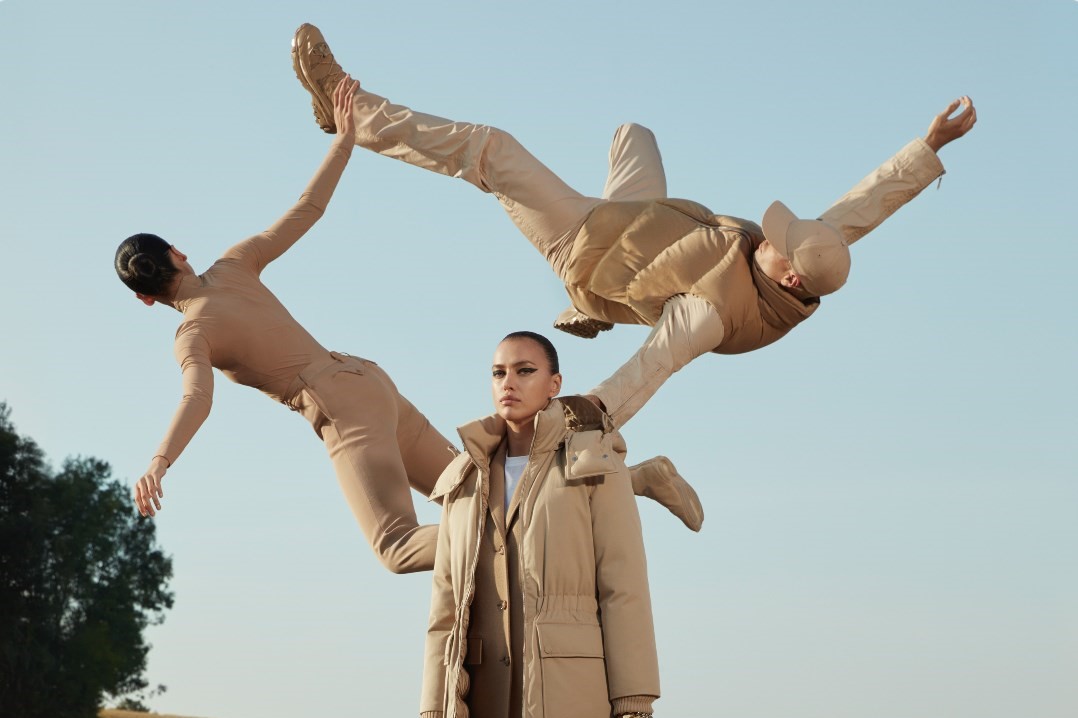 Last week, Burberry dropped a stomach-soaring fashion film devised by Megaforce, a collective of French directors, which saw models tumble through the British countryside, flitting through the air, until they found themselves suspended above the channel, the White Cliffs of Dover a mere speck on the horizon. It was, as the label said, a celebration of the spirit of freedom, telegraphing our collective reemergence post-pandemic.

The British fashion house has now unveiled an accompanying campaign shot by Danko Steiner, featuring Burberry regulars Irina Shayk, Nic Minwoo, Miles Gardner, and team GB sprinter Niclas Baker who stand tall within the clearing of a wheatfield, while a crush of gravity-defying dancers float above them. It’s all very reminiscent of former Prime Minister Theresa May, who confessed the naughtiest thing she had ever done was run through fields of wheat.

True to its heritage, the campaign spotlights the label’s lightweight gabardine – the fabric which Thomas Burberry invented in 1879 – which has been forged across quilts and puffers. Between the wheatsheaf, golden hour lighting, and the label’s signature trench coats, Steiner’s imagery is a honey-hued ode to Burberry’s past, reimagined with contrast trims, spliced graphics, and clashing checks. Watch the Open Spaces video here and check out the campaign imagery in the gallery above.