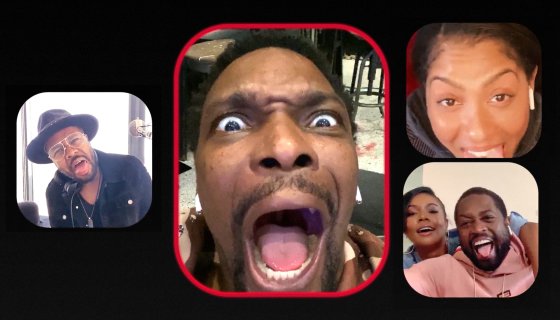 While the majority of outside remains closed virtual calling has proven to be clutch. One brand known for providing good times has re-imagined their iconic catchphrase to encourage connectivity during quarantine.

This week Budweiser announced that it has brought back one of their most popular advertising campaigns in their brand history. In an effort to put smiles on people’s faces during their digital engagement, the beer company has produced an updated version of “Whassup?”. The new spot is part of a broader PSA to encourage check-ins with family and friends.

To launch the campaign, Budweiser has partnered with former NBA superstar and his wife, actress Gabrielle Union, along with their network of some of the biggest names in sports and entertainment, including Wade’s former Miami Heat teammate Chris Bosh, 2x WNBA MVP and star of the Los Angeles Sparks Candace Parker, and DJ D-Nice during one of his immensely popular ‘Club Quarantine’ dance parties. A second episode featuring Wade, Union and other stars will premiere later this month.

The original “whassup” ad rose to pop culture prominence in 1999, creating a widely-used catchphrase that manifested itself in different corners of culture and achieved industry-wide acclaim. Bud also brought back the original crew for a quarantine remix.

Buds support Buds. Say #Whassup to yours in the comments below. #TogetherAtADistance #tbt

You can see and crew’s NBA / Club Quarantine rendition below.