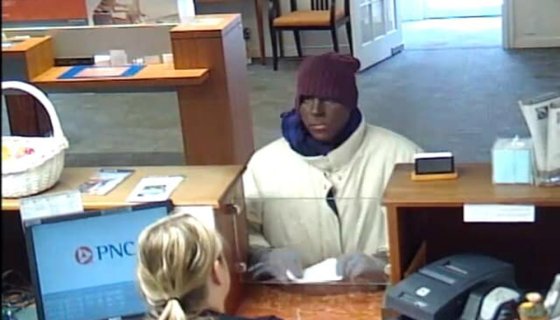 Racists are stupid and criminals tend to be idiots, so this makes all the sense. According to Parryville police, a man in blackface robbed a bank.

The suspect robbed a PNC Bank about 40 miles northeast of Baltimore in Perryville, Maryland. According to NBC News, police described the perpetrator as white male, with paint on his face.

“We are seeking the public’s help in identifying the below pictured subject,” wrote Perryville police on their Facebook page. The enterprising crook is described as 5′0”-5′5″ and in late 20′s to early 30′s.

Yo, someone find this racist crook, stat. Anyone with info is asked to call 410-642-3725 And make sure he’s put in general population, too.

Does this doofus get more props than or nah?