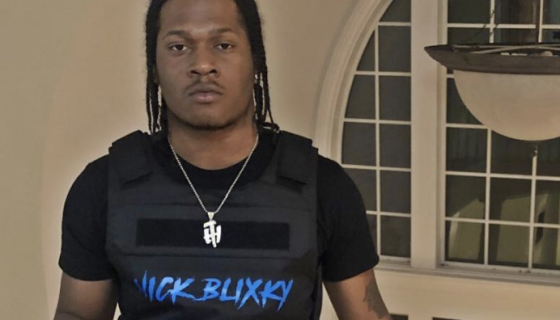 An up and coming Brooklyn rapper named was shot and killed in his home borough last night (May 10). He was just 21 years old.

NIGGAS NOT FUCKIN WITH ME 🌀#BG4L

Born Nickalus Thompson, he was found with gunshot wounds in front of 200 Winthrop Street in the Prospect Lefferts Gardens neighborhood of Brooklyn around 9:30 p.m, per NBC New York.

Nick Blixky was reportedly shot in his chest and buttocks, according to the NYPD. Unfortunately, after being taken to NYC Health & Hospitals/Kings County he was pronounced dead. CNN reports that police found Blixky after responding to a 911 call.

The Brooklyn native was due to drop a mixtape titled Different Timin in June. Blixby’s “Drive The Boat” single and video, which dropped in late 2019, has amassed over 2 million views on YouTube. The clip features members of his Blixky crew that includes 22Gz, who is signed to Atlantic Records, and Nas Blixky.

The police have begun an investigation but no arrests have been made as of yet.