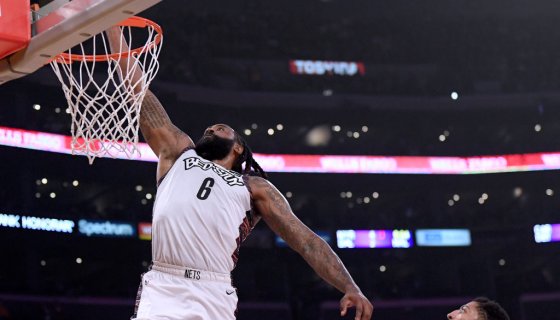 While America continues to reopen cities local officials are seeing to see their efforts backfiring. The might be speeding too.

As spotted on TMZ DeAndre Jordan has announced that he has contracted COVID-19. On Monday, June 29 he confirmed the news his official Twitter account. “Found out last night and confirmed again today that I’ve tested positive for Covid while being back in market. As a result of this, I will not be in Orlando for the resumption of the season” he wrote.

The announcement came to fans and his inner circle as a surprise given the Brooklyn Nets will commenced practicing today. Additionally his teammate Spencer Dinwiddie has also tested positive for the Coronavirus. In a statement to The Athletic the point guard made it clear he took the proper steps to ensure he would avoid the catching infection.

“Over the past few months, I have been diligent about protecting myself and others from COVID-19 by following all designated protocol and quarantining” he said. “I was ready and prepared to rejoin my teammates as we were an early entry team in the resumed season. I flew privately to New York, passed multiple COVID-19 tests over the my first several days in New York and was able to participate in a couple practices within the first week”. Additionally Kevin Durant, who also is on the team, tested positive in March but has since made a full recovery.

At the time of this, it was announced three New Orleans Pelicans players tested positive for COVID-19.

The season is set to start on July 30.