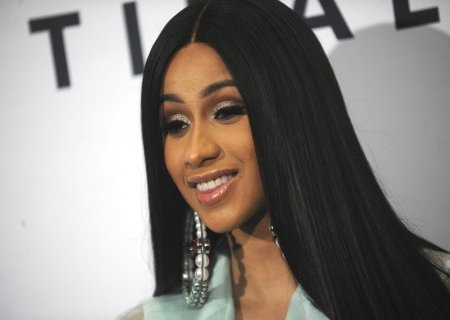 just wants to mix her designer and Fashion Nova but the haters won’t let her live her best life. She recently put some of her doubters in check in signature fashion.

As spotted on Page Six the Bronx Bombshell posted a fiery picture of her in a two-piece bikini that not only showed her new short haircut but also her redone peacock tattoo. While she looked great folks on the internet still found some way to be unhappy. Almost instantly her Instagram was flooded with salty comments alluding to her editing her photos. Apparently the trolls trolled so hard that Bardi felt it was necessary to respond to the allegations.

24 hours after the spicy post she followed things up with a video. She is seen wearing another two-piece bikini, designer of course, and made it clear that there is no photoshopping going on when she let’s you see she is a full meal. “So now I gotta show y’all this motherf***king body”. “Now, I know a b**ch gained some weight,” she revealed. “I had to make the thighs match the motherf***ing a**.”

went on to denounce any attempts of clowning her physique. “I know y’all ain’t body shaming me. I know I gained a little bit of weight and I’m actually holding it in … but it doesn’t matter though … I got lipo money.” You can see the video below.