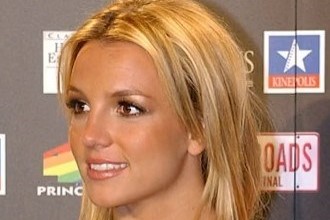 ‘Bringing it back to the 2000s when everything was simpler’

Anyone in Britney Spears’ online orbit will know that her presence on social media can get pretty chaotic, veering between wholesome life lessons, stories about how she burnt down her gym, memes your mum would share on Facebook, and calls for socialist reform. More recently, though, the pop icon has contemplated the pre-Instagram years, casting a nostalgic eye over some of her most iconic Y2K looks.

“Bringing it back to the 2000s when everything was simpler before social media,” she writes beside a mashup of past outfits from premieres and paparazzi shots (despite posting the throwback as an Instagram Reel). “Should I bring these outfits back????”

Soundtracked by Mariah Carey’s “Fantasy”, the video predictably includes a range of low-waisted denim and tiny crop tops, plus a pair of baby pink chaps and pointed pink boots. Outfits that make you want to squeeze into a sports car between Paris Hilton and Lindsay Lohan, and head off into the night.

Browns Focus is back to champion the hottest fashion talents

The idea behind the compilation of looks from years gone by was inspired by Reese Witherspoon, Spears explains. A recent Instagram Reel by Witherspoon cycles through grunge-infused looks from when her career was taking off in the 90s (a counterpoint to the brash, colourful style a decade later).

Spears also recently answered some fan questions via Instagram, offering a more contemporary update on her life. Specifically, she turned her attention to the most frequently-asked question — is she ok? — saying: “Yes, I’m totally fine. I’m extremely happy. I have a beautiful home, beautiful children. I’m taking a break right now because I’m enjoying myself.”

Fans have been particularly concerned amid a series of documentaries about the star’s life and ongoing conservatorship battle (which will see her make a rare appearance to address the court in June). Earlier this month, Spears herself addressed the films, saying: “These documentaries are so hypocritical… they criticise the media and then do the same thing.”