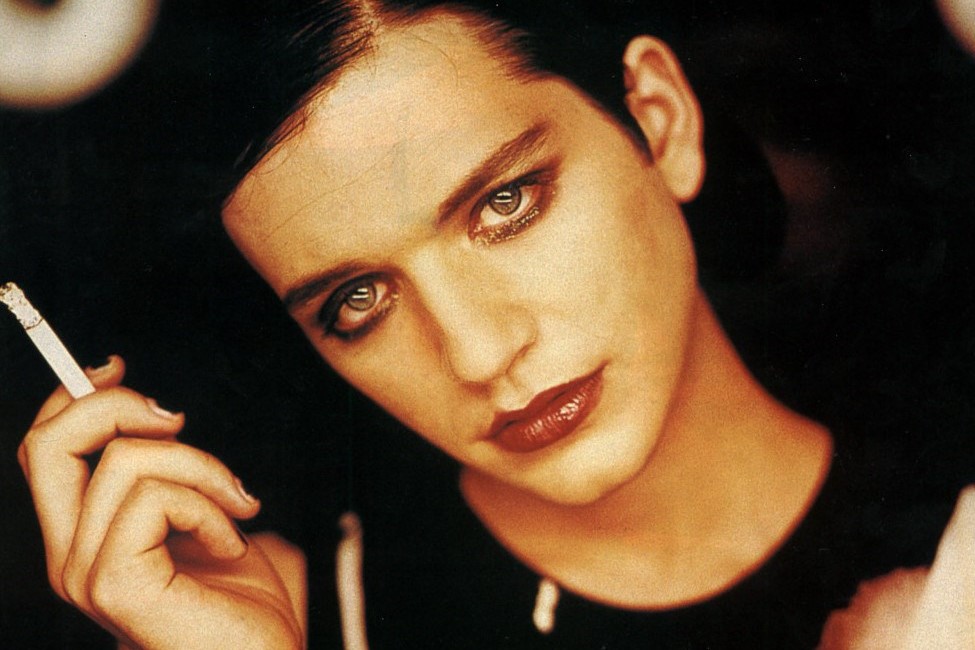 Whether you’re a 1D stan whose phone remains primed for alerts, or simply a casual observer, you’ll no doubt have garnered that Harry Styles’ December Vogue cover is A Pretty Big Deal. Shot by Tyler Mitchell on the Sussex Dales (a beautiful sentence in and of itself), Styles is the first man to front the magazine, solo, in Vogue’s 128-year history. Additionally, he’s photographed wearing a periwinkle blue lace dress by Gucci, and appears inside in skirts by Wales Bonner and Comme des Garçons, as well as a crinoline designed by Harris Reed.

“What’s really exciting,” says Styles in the accompanying feature, “is that all of these (gender) lines are just crumbling away. It’s like anything – anytime you’re putting barriers up in your own life, you’re just limiting yourself.” Though the musician is now well-known for confronting traditional ideas surrounding gendered fashion – having worked closely with Gucci’s Alessandro Michele and embraced pussy-bow blouses and pearl necklaces on the red carpet – his Vogue cover has nevertheless reinstated the discourse around clothes and masculinity across social media feeds everywhere.

As a practice well-established within queer culture, many users have been quick to highlight the disparities between praise for Styles and the conflicting reality for the LGBTQ community, particularly for trans and non-binary people of colour. From tweets suggesting the musician is doing ‘the bare minimum’, to non-binary writer and performer Alok Vaid-Menon describing the simultaneous joy and caution they feel in regards to the fashion moment, the importance of acknowledging the politics that surround it cannot be overstated.

Also being called into question is just how revolutionary the whole situation actually is. From Conan Gray’s summer vest and kilt combo, Troye Sivan’s matching jacket and skirt vibe circa the Bloom era, and David Rose saving you during lockdown via Rick Owens and Thom Browne serves, to Billy Porter and Jonathan Van Ness rescuing countless dull red carpets in 2019 – and that’s before we’ve even gotten started on the likes of Prince, David Bowie, and Busta Rhymes – Styles is far from the first contemporary pop star or cultural figure to find power and aesthetic enjoyment in a skirt.

Here, we’ve rounded up a non-exhaustive list of some iconic moments from those who came before.

While Kurt Cobain was photographed several times performing in a floral dress, it’s Stephane Sednaoul’s 1993 image of the band wrapped in Gene Meyer scarves which is utterly mesmerising and rightly iconic. Shot for Mademoiselle magazine in their native Seattle, the trio’s DIY skirts were likely a result of Sednaoul’s own fondness for sarongs, as she explained in this Instagram post alongside previously unseen images from the shoot.

When it comes to his personal style, Gaultier is as keen on the tartan kilt as he is fond of a Breton-striped top, oftentimes pairing the two together for a delicious mash-up of Scots-meets-Gallic culture. He also made his case for men in skirts on the runway with 1985’s Et Dieu Créa l’Homme (And God Created Man) collection, which remains a pivotal moment in menswear to this day.

The year was 2011 and the gig was part of the ‘Watch The Throne’ tour with Jay-Z; emerging on stage in a leather Givenchy kilt, West’s fashion dues were paid. Or at least, that’s how he described the iconic moment in a subsequent essay penned for Paper magazine in 2015. “When I saw this kilt, I liked it. I was into it,” he writes. “It looked fresh to me. I felt creative; I didn’t feel limited by some perception.”

Appointed Ambassadorial President (whatever that means) by the BFC in 2018, Beckham’s most famous fashion faux pas is perhaps his most important style contribution to date. Caught by the paparazzi while in France for the 1998 World Cup, the image of Beckham in a sarong rocked the proverbial boat for how football players – and by extension, young, cis-gendered straight men – were expected to dress at the time, consequently informing the landscape for those to come.

Photographed in a frothy Molly Goddard affair for the pages of our autumn 2015 issue, it was Young Thug’s Alessandro Trincone get-up on the cover of his No, My Name is Jeffrey EP the following year that solidified the rapper’s sartorial influence (and which has since resurfaced on Twitter as a rival to Harry Styles’ new cover). Speaking to Dazed in 2016, Trincone explained how the pair approached the collaboration from the same point of view.

A longtime lover of throwing on a dress, the designer has spent the better part of 2020 indulging his 1.5 million Instagram followers with a series of sickeningly major looks, many of which have involved skirts. There was this casual brown pleated number, this obscenely stylish New York skyline look, and more recently this brilliant grey moment. “I like wearing skirts,” Jacobs told CNN in 2011. “I moved from kilts into pencil skirts. I wear mostly Prada pencil skirts now.” Watch the clip here.

Described by Dazed as the 90s’ ultimate androgynous icon in 2016, the Placebo frontman’s iconic on-stage look of a black shirt, tie, and leather skirt embodies a unique sensibility which remains to this day mostly unmatched. “I think it’s fun to see how my action can influence people in some ways,” he told Sub magazine in 1999. “We call them ‘Brian clones’ or ‘Molko clones’. All of a sudden, there are men wearing make-up and skirts in London.”

‘The New Man in a Skirt’ read the New York Times headline, as Jaden Smith was announced as a new face of Louis Vuitton’s SS16 womenswear collection. Outlining his sartorial intentions earlier in 2015, referencing a trip to buy “girl clothes” – or as he followed up, simply “clothes” – from Topshop on Instagram, Smith would later clarify his stance in an interview with Nylon, explaining how he hoped his choices now would help those who followed him.

Head here to read a feature which asks the question: Just how revolutionary is Harry Styles’ Vogue cover?