Featuring decades worth music from installations around the world.

The collection is available in a 6xCD or 9xLP set featuring music from 1986 to the present. Much the music has never seen a physical release and none it has ever appeared on vinyl.

It features music used for installations at locations including the Marble Palace in St. Petersburg, Beijing’s Ritan Park and the Sydney Opera House. The final disc is titled Music For Future Installations and includes entirely new recordings. Last year, Eno brought his installation work into the home with Reflection, a generative app that does not end.

Music For Installations is out May 4. Take a look at the set and track list below. 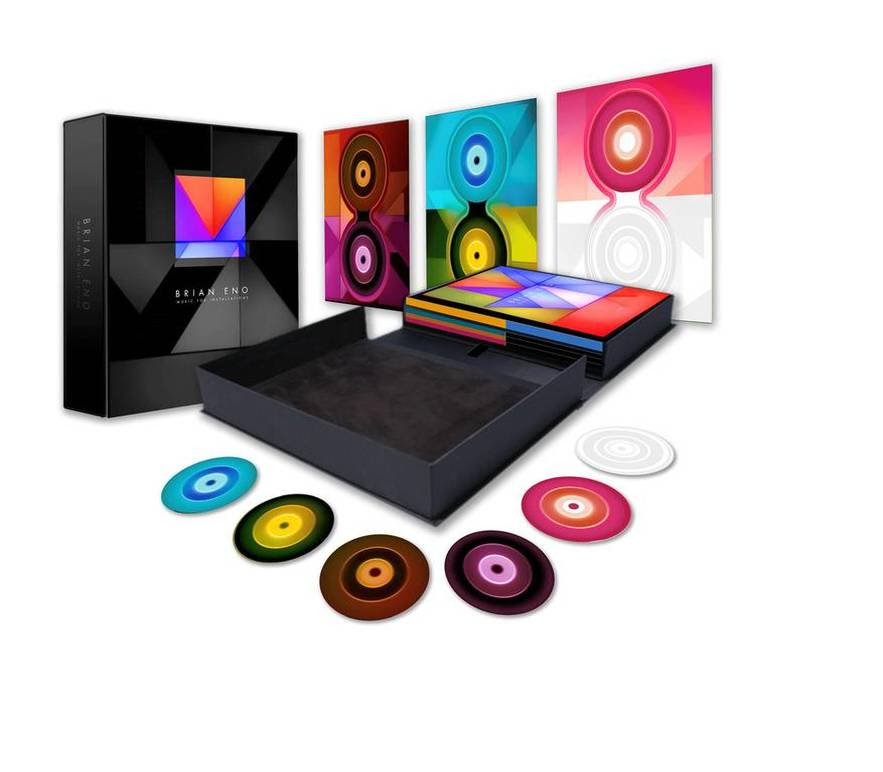 Lightness – Music For The Marble Palace (previously only available as a limited-run CD, Enostore only):

01. ‘Atmospheric Lightness’
02. ‘Chamber Lightness’
Premiered at the Eno installation ‘Lightness in the Marble Palace’ at The State Russian Museum in St Petersburg, Russia, 1997.

‘Making Space’ (limited-run CD previously only available at Eno installations and on the Lumen website):
01. ‘Needle Click’
02. ‘Light Legs’
03. ‘Flora and Fauna’ / ‘Gleise 581d’
04. ‘New Moons’
05. ‘Vanadium’
06. ‘All The Stars Were Out’
07. ‘Hopeful Timean Intersect’
08. ‘World Without Wind’
09. ‘Delightful Universe (seen from above)’
Compiled by Eno for sale exclusively at his installations, this was first made available while guest artistic director the Brighton Festival, 2010.