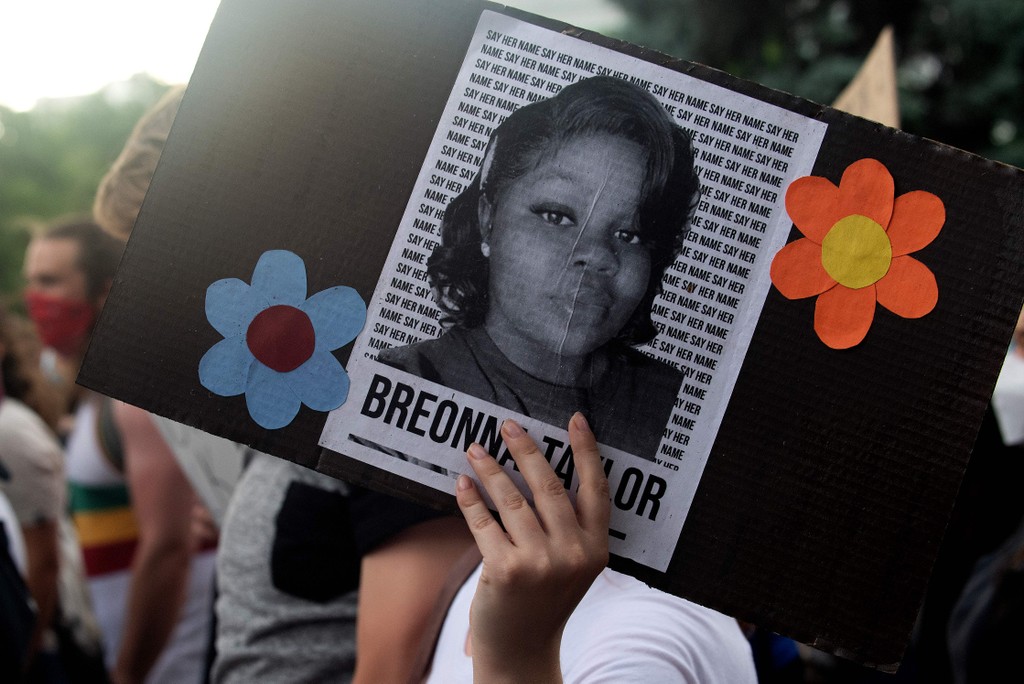 Prosecutors wanted Jamarcus Glover to lie on Taylor but he refused.

Jamarcus Glover, Breonna Taylor’s reported ex-boyfriend, was offered a plea deal in exchange for lying and implicating her in his drug case. According to reports, Glover’s attorney revealed that Louisville prosecutors tried to broker an agreement that would have given him probation instead of jail time, so long as he framed Taylor.

Sam Aguiar, an attorney representing Taylor’s family, along with Benjamin Crump and Lonita Baker, posted an image of the plea deal on Twitter that was sent to him by Glover’s lawyer, he said on Tuesday (Sept. 1), per the Associated Press.

Glover, who is reportedly facing up to 10 years on drug trafficking and weapons charges, refused the deal.

Jefferson County Commonwealth prosecutor Thomas Wine said that the document was a “draft as part of pre-indictment plea negotiations,” and that Taylor was never an official co-defendant in the case. Wine accused Glover of implicating Taylor in jail phone calls, but maintained that there was no plan to involve her in his prosecution. Wine also claimed that he had Taylor’s name removed from the document “out of respect” for her.

The final plea agreement was emailed to Glover’s attorney on July 21, but was withdrawn because Glover turned it down. Glover’s lawyer, Scott Barton, confirmed receiving several versions of the plea deal, some of which included Taylor’s name, while others did not.

In a joint statement responding to the revelation, Aguilar, Crump, and Baker expressed outrage over prosecutors attempting to “justify Breonna Taylor’s death by leaning on Jamarcus Glover to falsely state — after her death — that she was part of an organized crime syndicate.”

Taylor, 26, was shot to death on March 13, while sleeping inside her apartment. Louisville Police maintain that they were executing a no-knock warrant in connection with a drug case against Glover, though he was already in custody at the time.

Wine recused himself from the Taylor’s death investigation in May. The case is still being investigated by Louisville Attorney General Daniel Cameron and the FBI.

Despite stepping down from Taylor’s case, Wine remained prosecutor over the case for Kenneth Walker, Taylor’s boyfriend. Walker was sleeping beside Taylor on the night of the police raid, and was charged with attempted murder. The charge was later dropped. Walker is suing the city of Louisville, and the police, in connection with the raid that killed Taylor, he announced on Tuesday.

Louisville police officers Myles Cosgrove, Brett Hankison and Sgt. Jonathan Mattingly, were the undercover cops involved in shooting up the apartment and killing Taylor. The Louisville police department alleges that Walker got into a shootout with cops and injured Mattingly. However, the lawsuit asserts that Walker — a 27-year-old licensed gun owner — believed the residence was being burglarized (police did not announce themselves) and fired a single warning shot “to scare away the intruder or intruder.” Walker  argues that Mattingly was shot by a fellow cop.