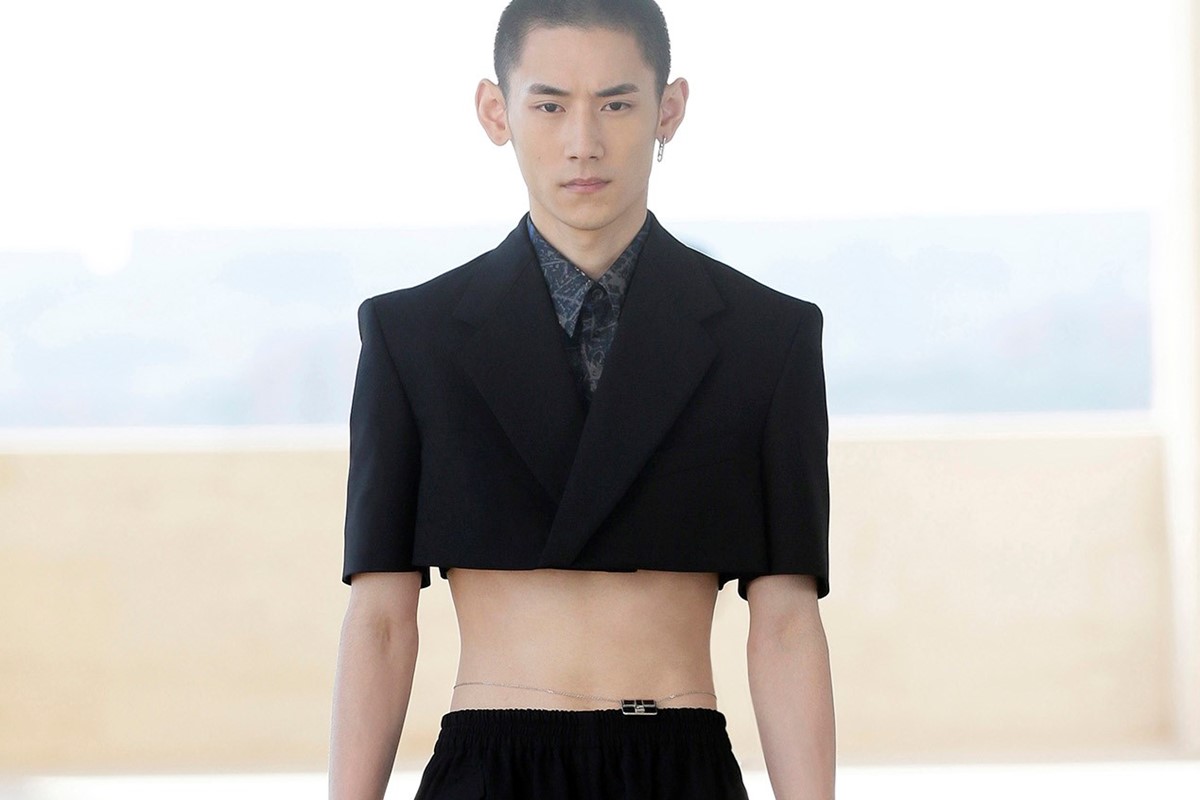 From Keanu Reeves and Lenny Kravitz, to Will Smith and beyond, the 90s saw a plethora of men captured wearing cropped tops – until suddenly, they all but disappeared from the sartorial oeuvre of your typical straight man.

As gender binaries shift, however, and most people are becoming a bit more chill about the divide between menswear and womenswear (surprise: just wear whatever TF you want), they’ve long been overdue a comeback.

Taking things into her own hands when it comes to this is Silvia Venturini Fendi, who just sent a bunch of cropped styles down the runway at her SS22 menswear show in the hills overlooking Rome.

At the casual end of the scale, models were seen in simple tees layered under louche, lightweight trenches and car coats, some of which had been slashed at the navel themselves. Heading in a more avant-garde direction were slick tailored suit jackets and shirts – complete with tie – that cut off abruptly at the waist.

Looks were complete with delicate belly chains strung with gold Fendi charms, functional utility belts, newly reimagined Baguette bags, and a whole host of bucket hats – a style that seems to be going nowhere, if this season’s runway is anything to go by.

Take a look through the gallery above for more, and watch the show below.