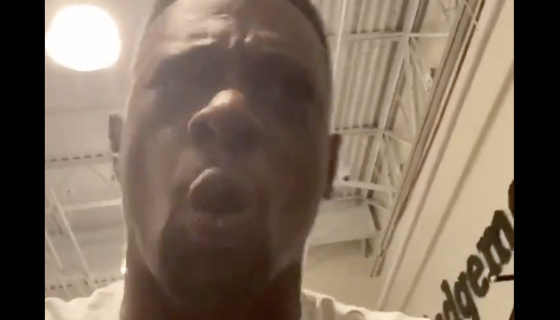 done did it again. In an utterly transphobic rant, the Baton Rouge rapper spoke on his thoughts about .

As for Bossie, he couldn’t get over the concept of the 12-year-old cutting his penis off. This is where we must point out that no such claim or idea of this sort of action (a change operation) has ever been presented to the public by the Wade family. At all.

Nevertheless, according to the rapper, Zaya is too young to be making such choices about her uality.

“Like bruh, for real, if he going to be gay let him be gay,” said an exasperated Boosie while at the gym. “But don’t cut his dick off. Don’t address him as a woman dawg. He’s 12 years old. He’s not up there yet.

Twitter is going hamburger with the ashy folk who agree, and the more enlightened pointing out the fallacy of Boosie’s argument. See what we did there?

Boosie is very infatuated with the LGBT community and if ain’t nobody gonna say it, I will.

What did Boosie Boo see in prison that he can’t get out of his head? https://t.co/U8qb6mLVAP

Imagine Dwanye Wade taking parenting advice from an ex felon with 8 children who was in jail bottoming for packages of Ramen Noodles who calls himself Boosie Badazz at the age of 37. pic.twitter.com/QyBZkKjuky

I am so confused how ignorant fucks like Boosie can get so obsessed and THIS stressed about something that literally has nothing to do with him. They are doing just fine, the only person tripping right now is you and your weirdly obssessed ass following. Worry about ya own dick! pic.twitter.com/PYlTw9FZLT

I’m not surprised at Boosie’s homophobia and transphobia.

I’m surprised and disappointed that so many people openly agree with him. You’re all obsessed with how Dwyane Wade his parenting HIS children.

Most of you are just dealing with trauma because your parents were terrible.

Boosie is the only one bringing up surgery. Nobody from the family made any mention about it, sooooooo pic.twitter.com/38QQVX684A

Lil Boosie has EIGHT kids of his own, and he’s worried about Dwayne Wade’s. pic.twitter.com/E2YaoK1v9R