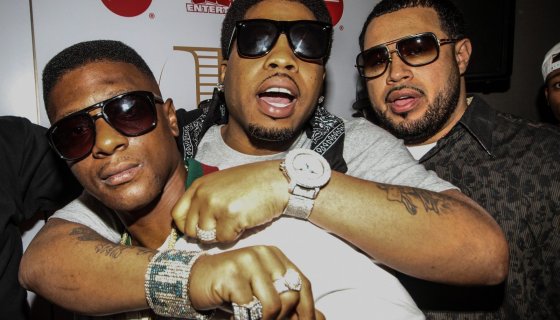 courts attention with nearly every move he makes on social media for reasons that are according to some. However, the Louisiana rapper caught a stray after YFN Lucci gave him props on Instagram with Boosie’s past collaborator Webbie letting off some choice words in the comments.

Lucci posted on Instagram an image of him and Boosie together, writing in the caption, “Dem n*ggas did that for the boss” in what appeared to be a salute to the OG. Webbie comments, which appear to have been deleted, point to some potential tension that most didn’t expect to witness.

“N*GGAZ DID THAT AND DOING ALL THIS SH*T FOR THE BOSS NOW BUT WHERE THE F*CK ALL U N*GGAZ WAS, WHEN I SACRIFICED ALL MY SH*T N TOOK CARE OF FAMILIES WHEN YOU WAS IN JAIL JUST WONDERING,” Webbie said, while tagging Boosie.

Later on Thursday (May 14), Boosie replied to Webbie and shared the reply with his Instagram followers essentially calling out Webbie for lying on his name.

“U coulda call me n*gga smh truth is you NEVER sent my mother a ‘dollar’ n y’all had FREE BOOSIE concerts all over SHE NEVA GOT A DIME SMH you lyin bra,” Boosie wrote.

He added, “Everybody know I’ve tried to help you millions of times. Every time we’ve tried to get you n the studio u leave. Trill even tried gettin writers for you out bra.”

Boosie was so angered at Webbie’s jab that he temporarily shut down his Instagram page but is back to business. It isn’t clear if he and Webbie patched things up on the back end.

Dem niggas did that for the boss @officialboosieig