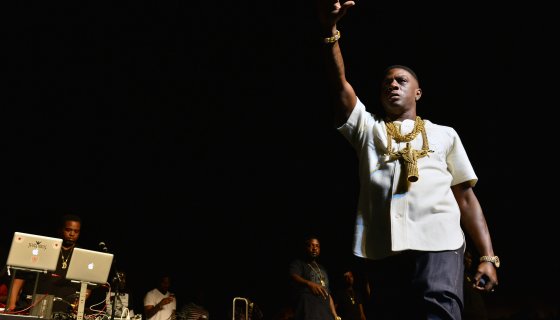 is having himself a struggle-filled week, this after he added his unasked opinion about Dwyane Wade’s daughter, Zaya Wade, and the decision she’s making for her life. The Louisiana rapper claims that a manager of a Planet Fitness turned him away due to those comments and Twitter is frying Lil Boosie.

Taking to Instagram, the “Wipe Me Down” rapper can be heard in a video from a smartphone expressing his disdain with the gym chain, stating that Planet Fitness is racist and folks shouldn’t support the business.

“Do not go to Planet Fitness, they racist, they haters. They just put me out Planet Fitness for what I said about Dwyane Wade son,” Boosie said while inside his vehicle taping the video. “And they said I said in a video one of they employees was f*ggots or some sh*t.”

In the Instagram caption, Boosie added, “MANAGER WHO WAS GAY REFUSED TO LET ME N PLANET FITNESS BECAUSE OF MY PAST ACTIONS ON SOCIAL MEDIA ABOUT GENDER ETC.”

As it stands, Planet Fitness began trending on Twitter and fans have been roasting Boosie since the post went up. Of course, the rapper has folks who stand with him regarding his transphobic comments but mostly, it’s just folks largely frying him for his comments and the fact he works out at the affordable fitness center.

Boosie joins fellow rapper in offering comments about young Zaya Wade’s personal life decision that they were not asked for. We’ve been scouring Twitter for the best replies to this current video posting and we’ve got them all listed below.

Me after finding out Planet Fitness banned Boosie's anti-Black & transphobic behind and seeing Boosie say they're being racist for banning him after he did a video in their business dehumanizing a Black child and family on camera. pic.twitter.com/bQw2ojLOn9

This is how they try to initiate a fake fear war. Their coward-ass trans agenda is backfiring.

They will always use the short end of their stick to create this poorly advised false flag.

Boosie don’t even look like he drinks water, let alone workout in a Planet Fitness

Me, the planet fitness employee, kicking boosie out pic.twitter.com/xRblQ8qStW

Boosie got kicked out @ Planet Fitness for a ig live video pic.twitter.com/ZHkXEqOkiI

boosie recorded himself talking shit about zaya wade down to the planet fitness and got himself banned cuz the manager is gay and wasn’t having it.

I don’t think boosie has a rich mans taste with a lot of things. Planet fitness probably a high upgrade from working out in jail. https://t.co/ZavpOOw769