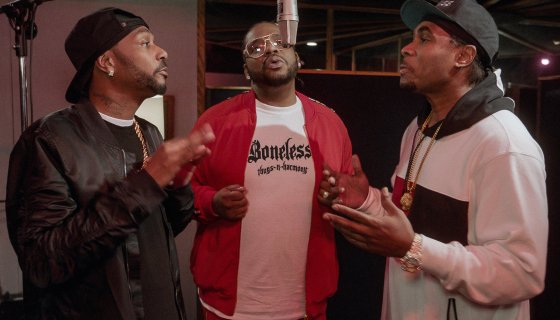 For a minute was the hottest rap group in Hip-Hop during the golden era of the 90’s. But now the multi-platinum group that put Cleveland on the map has decided to make a drastic change thanks to some chicken wings.

In a new mockumentary courtesy of Buffalo Wild Wings, fans witness the moment that the four-man group decide to reinvent themselves and change their group name “Boneless” Thugs-N-Harmony.

That’s right. According to Krayzie “One night at Buffalo Wild Wings would change the band forever,” as the group would go on to refer to themselves as Boneless after eating BWW’s new juicer boneless chicken wings. Krazyie Boneless, Wish Boneless and Flesh-N-Boneless. The only holdout would be Lazy Bone(less) who thought the entire move was “preposterous” and promised he wasn’t “changin’ sh*t!”

Peep the entire docucomedy below and copp some Boneless Thugs-N-Harmony merch here if you’re with the name change.