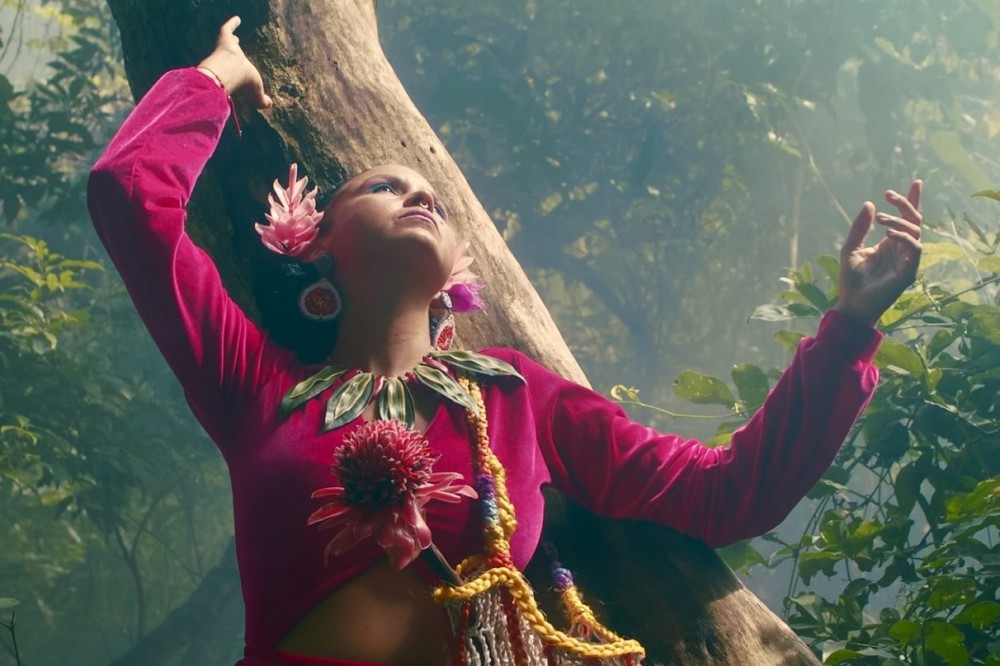 Four years after the release of their Grammy-nominated album Ayo, Colombian star duo Bomba Estéreo are finally ready to show us what they’ve been cooking up all this time. Coming out in spring, Deja was mostly self-produced and recorded in Santa Marta with a group of likeminded collaborators in 2020 during the ongoing COVID-19 pandemic, and it’s all about finding a balance between technology and the natural world.

Conceptually, the album is divided into four sections represented by the Earth’s four elements, to give us a sense of balance. “It’s about how we’re disconnected, more connected to electronic devices and virtual things than real things,” says Saumet on a press release. “So we decided to use the four elements, because they’re part of the equilibrium of human beings.”

Ahead of the album release, we’re now getting three new Bomba Estéreo songs, which give us a good idea of what to expect from Deja. First, there’s the bullerengue-inspired “Agua,” featuring fellow Colombian artist Lido Pimienta and Afro-Cuban duo OKAN (Pimienta and Saumet had previously collaborated on the former’s stunning 2020 single “Nada.”) The two other singles, “Deja” and “Soledad,” tap into the band’s house and tropical influences, respectively, bringing a more club-ready vibe. But what the three songs have in common is Saumet’s voice, as she explores uncharted nuances with great success.

The single “Agua” comes with a mesmerizing music video directed by Saumet and Jhoy Suarez and shot in the Colombian Caribbean coast. Using fluorescent wardrobe and makeup set against the green tropical nature, they introduce us to the album’s concept straight away, giving us an interpretation of the four elements.

“The video comes from an idea I had about a ritual, entering into a parallel universe in which we find ourselves in a deeper connection with nature, in a more surreal and feminine way,” explains Saumet. “I wanted to begin the album with this feminine energy, each woman represents a different element in nature. For me, it was also about the place I live, where the mountains meet the sea.”