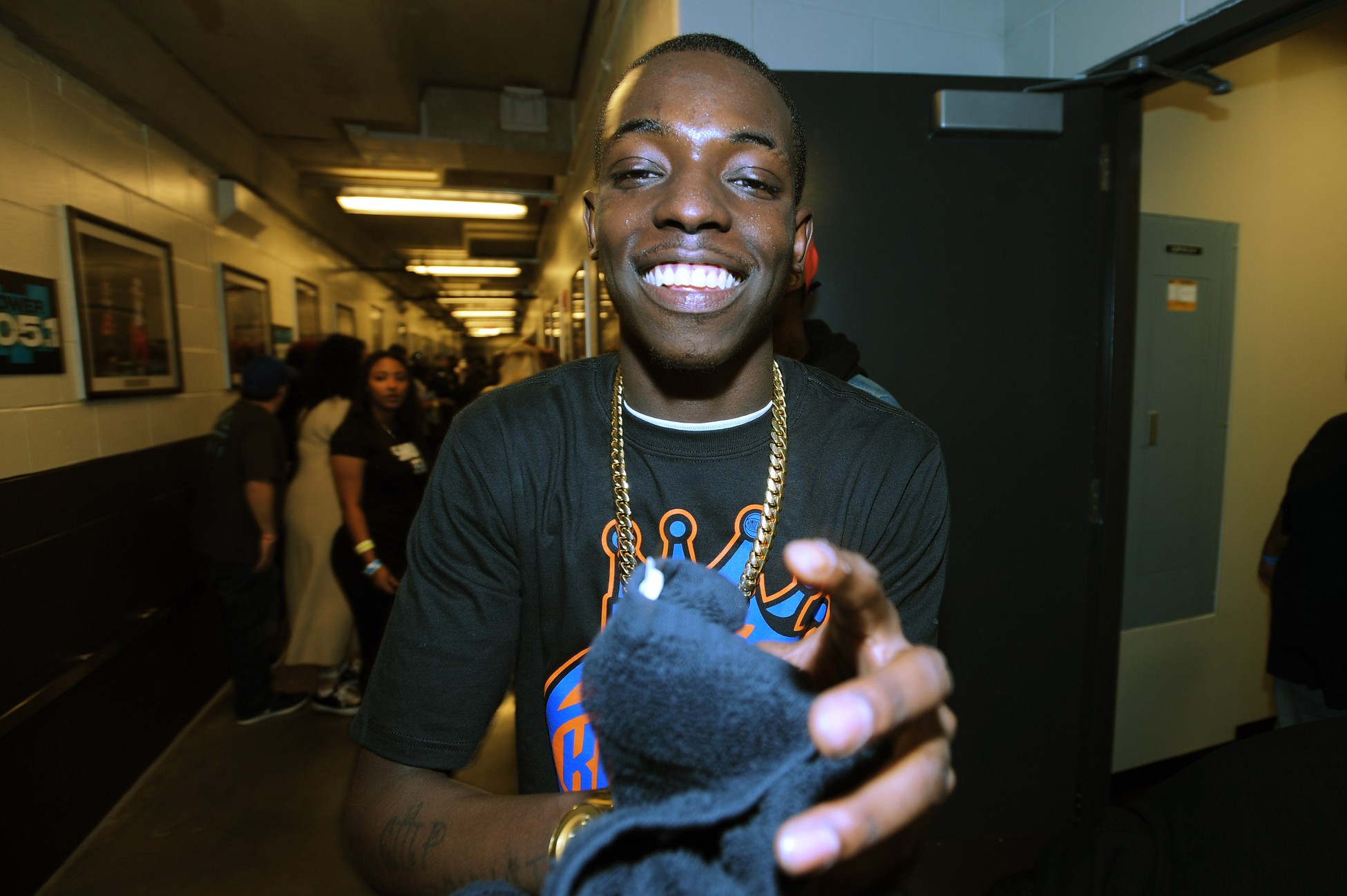 After serving 6 years, Bobby Shmurda is finally out. The rapper, born Ackquille Pollard, was granted a conditional release from the New York state prison, Clinton Correctional Facility, on Tuesday morning (Feb. 23) and will serve the remainder of his 7-year sentence on parole. According to reports, Shmurda “will be under community supervision in Kings County until he completes his sentence on February 23, 2026.”

In true celebrity fashion, Shmurda was brought home in a private jet this morning. Earlier this week, Migos’ Quavo told Billboard that he would do the honor of picking him up upon Bobby’s release. “I’m going to get my guy. I’m personally gonna go pick up Bobby Shmurda. I’m bout to go get him. I’m gonna let him show you how I’m gonna pick him up, yessir. It’s gonna be big.”

And that he did.

In December 2014, Shmurda was arrested at New York City’s Quad Studios and was charged with conspiracy to murder, criminal possession of a weapon, criminally using drug paraphernalia, and reckless endangerment follow a two-year probe by the New York Police Department. In 2016, the former Epic Records signee and his childhood friend Rowdy Rebel accepted a plea deal and were sentenced to 7 years in prison.

“They kind of did it dirty at the end of the day,” Bobby explained in a phone interview with NUEVO back in 2016. “They had offered me five (years) but then they said if I take the seven, then I’ll be taking it so that they could give Rowdy seven because they were going to offer him 12. I didn’t want my bro to do 12 years because at the end of the day, we didn’t really do nothing, but they playing dirty. So I’m going to take one for the bro.”

Now that Bobby is out, he’ll be spending time with family and friends and getting his head back into creating new music. Watch his FaceTime call with his mother, Leslie, down below.

Bobby Shmurda on facetime with his mom after being released from prison pic.twitter.com/YvdaBzo1Y4