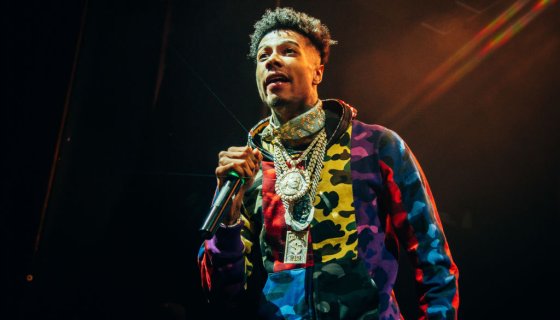 might have to put some distance between him and the child of his mother after things got dicey at his digs recently. The “Thotiana” star recorded his son’s mother Jaidyn Alexis going on a rampage and smashing a window at his home as he filmed her.

Sharing the moment with his fans on his Instagram Story feed, Blueface is shown laughing at Alexis’ tirade and then jokes that it must have been his that led to the violent outburst.

Via social media, Alexis shared in her own IG Story and on Twitter that there was a lot more to the story.

“Since we take sh*t to the gram. N*ggas lick asshole and then when b*tches do the pull up they run up stairs wit a scary b*tch. But we don’t see the footage of when a b*tch got inside now do we babe. Yea ight no nigha, no b*tch & not even the cops gon do NOTHIN. rappers call the cops THESE DAYS,” Alexis wrote.

Check out the footage and story posts courtesy of The Shade Room below.